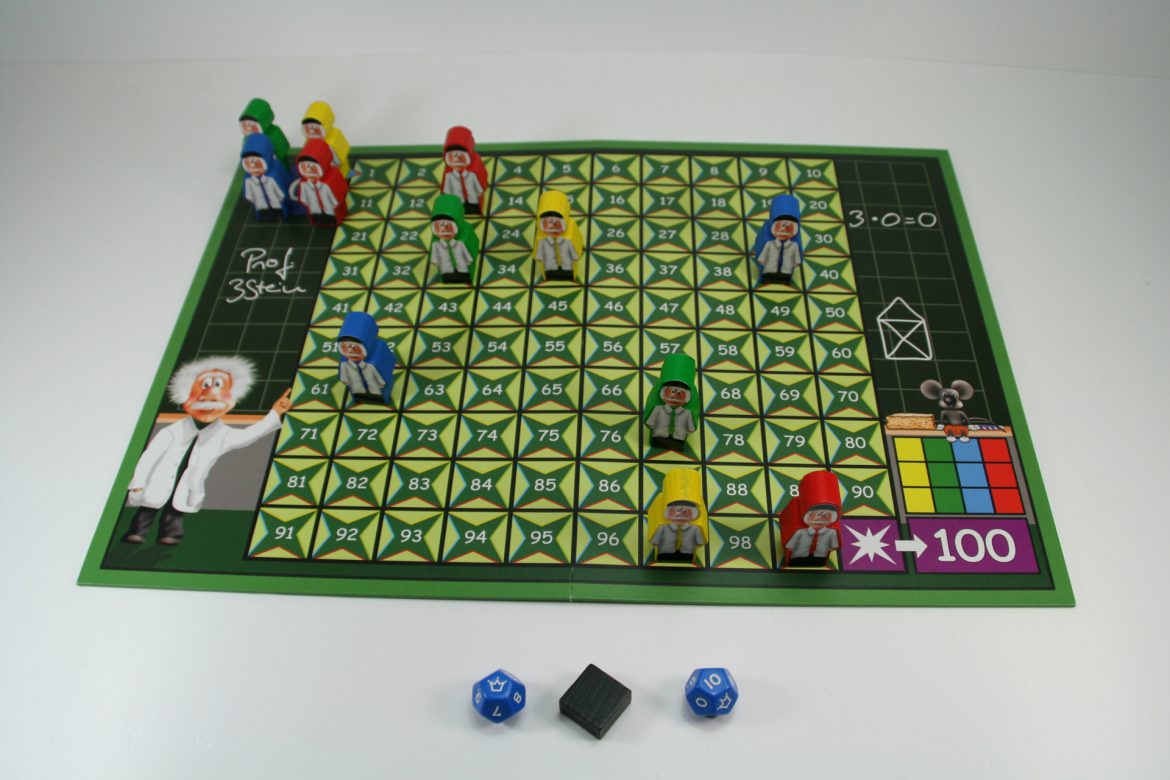 Game 2: the industriously counting friends 6+ years
from 0 to 100
Components: 1 game board, 2 dice, 1 figure per player

Game 3: the funny multiplication tables runners 8+ years
from 0 to 100
components: 1 game board, 2 dice, 3 figures per player

game 6: Professor Dreistein and the stolen suitcase 10+ years
FROM 0 TO 100
Components: 1 game board, 2 dice, 3 figures per player, 1 suitcase

The player with the suitcase must always use his dice result for the figure with the suitcase, so that the valuable formula can be quickly brought to safety. Unless that figure cannot move – then the player may use the dice result for another figure.
The figure carrying the suitcase may also remove another figure from the board.
But is has a handicap: it can only add or substract the two dice numbers and add that to the space number. The carrying figure can thus only go forward.

For players without suitcase, the result of the dice must be added to or substracted from the space reached so far. The result may also be multiplied with the space number or the space number may be divided by the result. They can therefore move forward or backward. These players may also use a combination of multiplication, division, addition and substraction with the individual dice numbers and the space on which the figure is located.
Both dice numbers must always be used for the calculation.