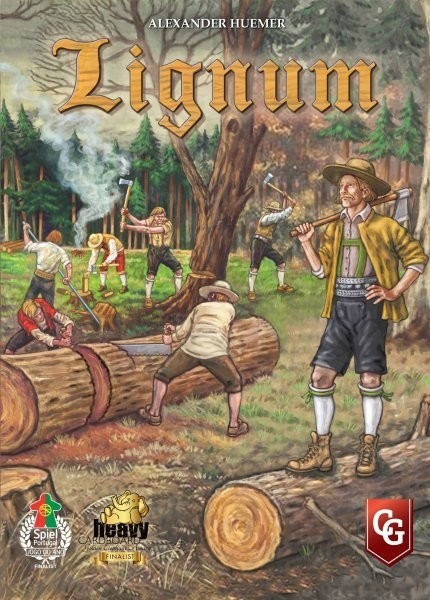 Alexander Huemer has worked for our publishing company on the following games:

Alexander, you are the author of Lignum. Please introduce yourself.

My name is Alexander Huemer and was born 1975. I grew up in Raab, a small town in Upper Austria. My studies then led me to the city of Linz, where I still live today. In Wels, not far from Linz, I work as a teacher for impaired children.

How did you become a game author?

And specifically for Lignum?

In 2010, I read by coincidence about the game author contest at www.spielmaterial.de. I wanted to accept this challenge. Unlike the other participants (and some of those who posted a comment here), what I saw in the given game figure was not a runner or dancer, but a woodworker carrying his ax shouldered. So for me the topic was fixed. After some research on the history of the wood working, Lignum has grown more and more.
Since the composition of the workgroups and their cooperation was an important aspect of forestry work in that period, this also needed to be an essential part of the game and should be reflected in it. It should be a challenge and, above all, fun.

The time frame until the competition was rather short and the game therefore not fully developed. But I was lucky: At Mücke Spiele, the potential of the game was recognized, allowing me the necessary time for further development. Lignum has become what it is today through a lot of work, lots of talks and above all many test games. I would like to take this opportunity to thank all the participants. 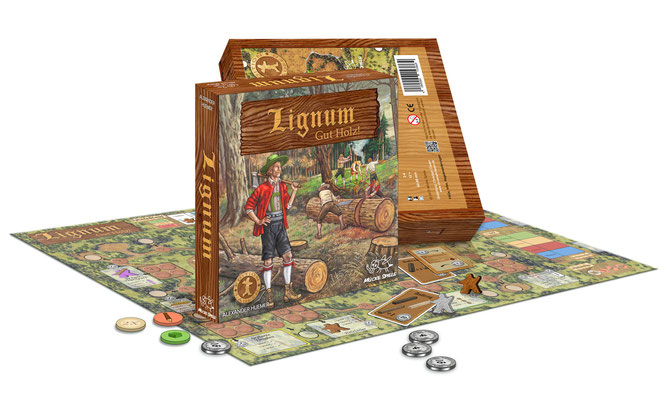