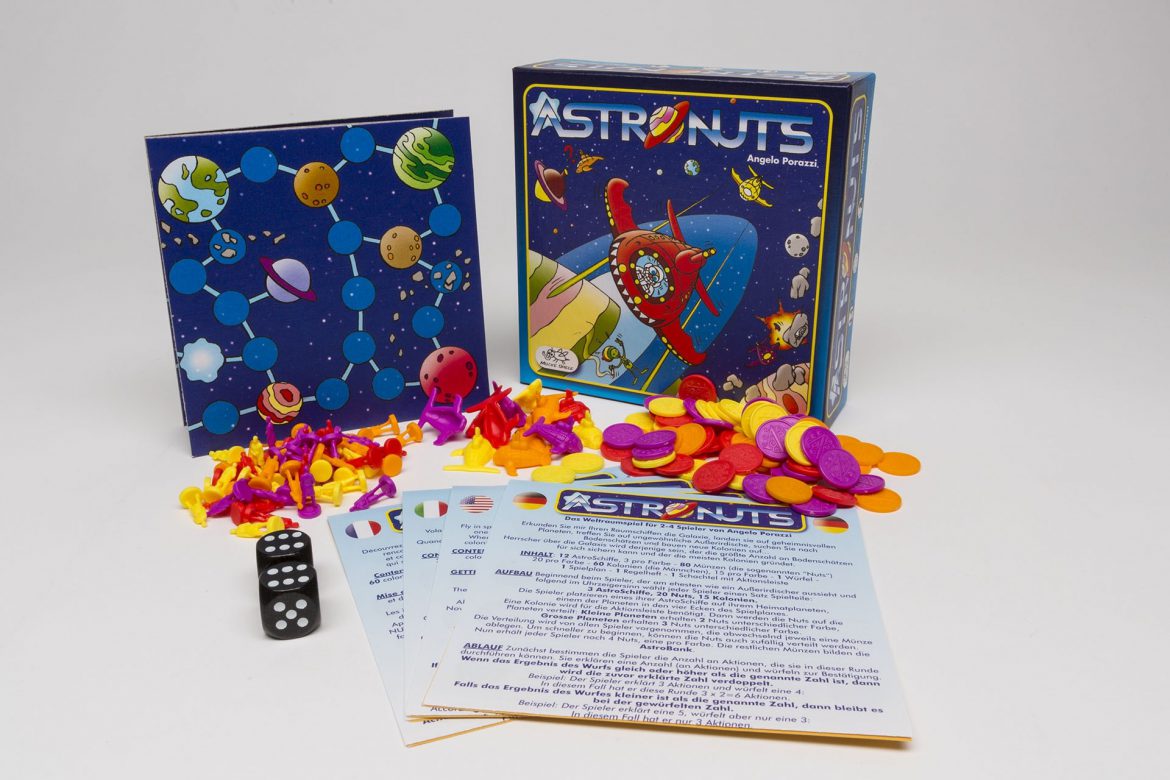 Informations about AstroNuts at Boardgamegeek

Landing on a strange planets has its dangers, though it can also be suprisingly helpful. In every case there are resources – the so-called “Nuts” to be collected that are needed to build ships, found colonies and gain technological advantages.

Every round every player can take risks to increase the number of his actions. Whoever is brave enough, can also attack the facilities of other races in order to take over their colonies.

In the end, the player who has founded the greatest number of colonies will be the ruler of the Galaxy. AstroNuts is an easy to play dice game, where you direct your ships through the Galaxy, in order to collect resources from planets and simultaneously found new colonies.

AstroNuts can be played tactically, without going too much in depth.