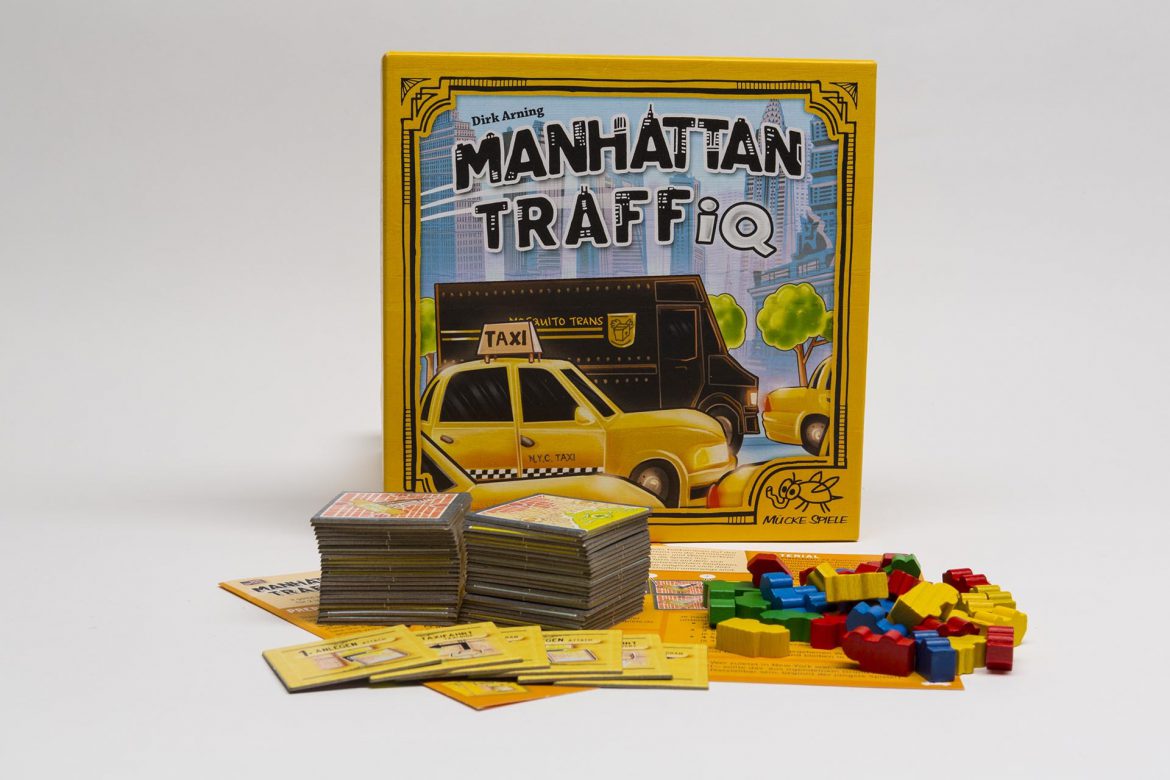 Is it possible to arbitrarily relocated an already placed taxi?

No, it counts as each as a separate action, to move a taxi or a van on the playing area. Whoever is doing his turn may one move with a taxi and one with a vans each, but not multiple trips with taxis or vans. Each trip may go only go through completed roads, not on the edges, and only through free intersections and road corners. Therefore usually no trips are possible at the beginning of the game. A taxi is allowed to drive any distance, as long as the roads and intersections are free. A van may already go only to the next (free) intersection / road corner.

Are the placement of a vehicle and the competing on a road separate actions?

Must you place one of your vehicles, if you have completed a square of 4 adjacent tiles?

No, you may place one of your vehicles, if you have completed a square of 4 adjacent tiles, but you need not! It is almost always advantageous though to place a vehicle. (An exception may be when you want to increase your own mobility, by leaving the intersections free.)

Do you have to “compete”, i.e. remove other player’s vehicles, if you have placed an own vehicle accordingly?

No, you can “compete”, but you do not have to! It is almost always advantageous though to remove opponent’s vehicles off the road though, if you can. (An exception may arise if you want to reduce the freedom of movement of opponents.)

The game ends even if it creates a player to use his last car. Can the players draw with his last car still cars of competitors from the traffic, which increased its lead in the vote?

Is it possible to forgo an action or even both actions, thus passing?

Generally not: During the game, any player who takes his turn must do two actions. The redrawing of city tile is an action. Exception: In the last round, when all city tiles have been drawn, a player may forgo with one or both actions, for example, because he does not want to prepare a move for the following players.

Is it possible to place vehicles on (any) free intersections?

No. New vehicles can only be placed on the playing area, when a square of four adjacent city tiles has been created. However, already present vehicles can go onto and through free intersections / road corners, provided that they are accessible from the location of the vehicle.

Can you place vehicles even if the attachment of the tiles results in no intersection in the strict sense nor a (through) road?

Yes. If the attachment of city tile results in a square of four tiles, the player may place a vehicle in the middle of these four city tiles, even if it is for example the end of a dead end (because the road is surrounded by water and green areas). The only exception: If there is no road in the middle of the four city tiles, but only water or green areas, no vehicle may be placed there.

Is it possible as active player to place or move a vehicle onto a road if another player on that road has more points there?

Yes. The active player may put himself into an “outnumbered” situation. Vehicles need only be taken away if another player successfully “competes” on a road. The other player must either place a new vehicle or move a vehicle onto this road.

Is it possible to immediately move a newly placed vehicle?

Yes. If the first action was the attachment of a city tile so that a new vehicle could be placed, you can use the second action a move this vehicle, as long as the traffic situation allows it.

Could you enlarge “Manhattan TraffIQ” or make it last longer?

Yes. Many playtesters have replied “rather too short” to the question “Does a game last too long or too short?”. Whoever thinks that games of “Manhattan TraffIQ” are over too quickly, can increase the duration with expansions. You can also mix two “Manhattan TraffIQ” games and play with twice the number of city tiles and vehicles.

Can you play “Manhattan TraffIQ” also with children under the age of 10?

Yes. Test games have shown that also six and seven year olds like to play “Manhattan TraffIQ”. For this the author recommends the following rule simplifications:


Under 10 years:
– Every player places his city tiles in front of himself.
– The actions “taxi ride” and “truck delivery” do not exist. Vehicles stay where they have been placed. Vehicles may be removed though when another player has more points on a road after placing one or more new vehicles there.

Under 8 years (additionally to the rules „Under 10 years“):
– Players can give each other advice where city tiles can be placed appropriately.
– There is no removal of vehicles. Vehicles stay where they have been placed and are not removed. “Manhattan TraffIQ” is now just a matter of placing city tiles as well as possible to bring all of your vehicles into play.