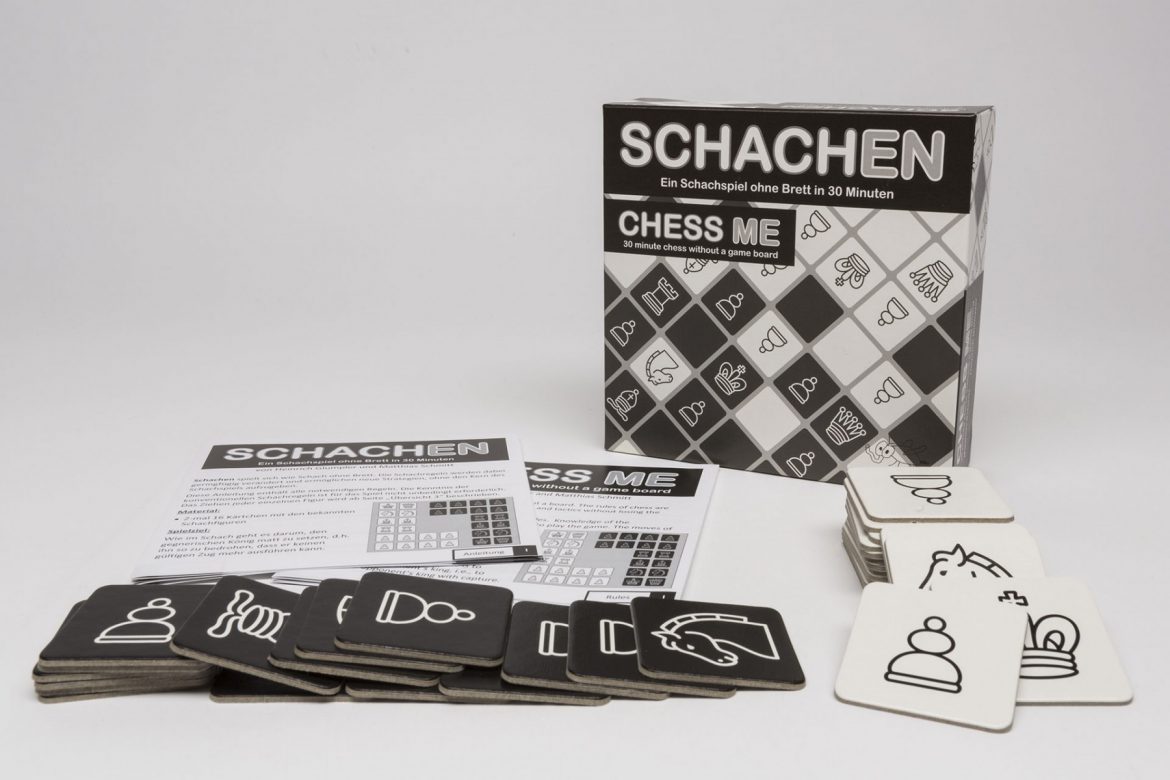 All Informations about Chess Me

Informations about Chess Me at Boardgamegeek

Schachen is a chess variant without a game board, which creates the fascination of a chess game in a compact way. Without long openings, the players enter directly into confrontation. The original rules of Chess are simplified/expanded by a few additional rules.

At the start of the game, each player has a king and four pawns. Cards for the remaining chess pieces form a deck from which the player draws three. The active player first moves a piece according to the original rules for chess, then (optionally) chooses one of the three cards in hand, places it next to an existing card, then draws a replacement card. Pawns must be placed beside another pawn, and all other figures must be placed behind a pawn. The aim of the game remains the same: Checkmate the opponent’s king!

Schachen is for players who like and know chess, but who think the original game is too complex and takes too long.