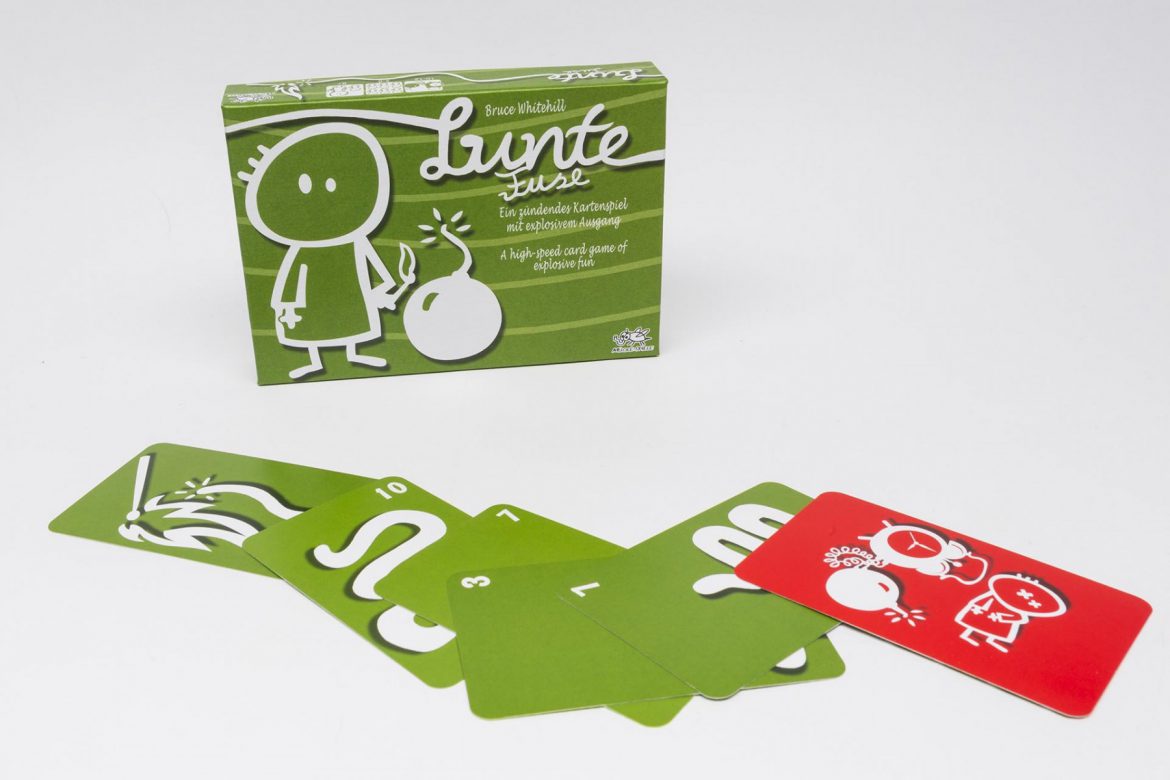 Edition Kofferspiele
A igniting card game with an explosive ending

Informations about Lunte at Boardgamegeek

In Lunte, signed from a 2012/2013 game author’s competition, the fuse is burning. Players take turns quickly adding more fuse cards to a continuously growing fuse until someone lets the bomb explode by playing one of his bomb cards, thereby earning him all of the fuse cards in play. He takes these cards, leaving only the starting match in play, then the fuse is lit once again.

Each fuse card has a value, and playing the bomb cards too early doesn’t bring many points; that said, waiting too long to score lets others play their defuse cards — which cuts the fuse back to the match and removes those fuse cards from the game — or jump in with a bomb card of their own (which nets them any defuse cards played since the previous bomb). You might want to hold on to high-valued fuse cards rather than let others snatch them up, but the game ends when all bombs have been played or the time bomb (inserted in the deck at the start of play) goes off. When that happens, everyone tallies their cards, then loses points for all the fuses in hand. Whichever bomb thrower has the highest score wins!