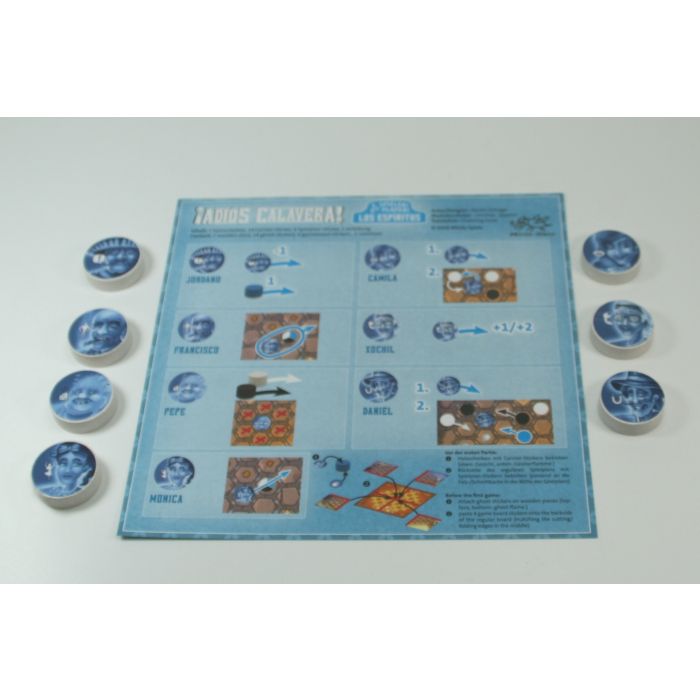 ¡Adiós Calavera! – The Three Player Expansion
Playful get-together of the dead and the living by Martin Schlegel

With ¡Adios Calavera!: The Three Player Expansion, unlike in the normal two-person version of the game, each player chooses from their seven figures three with special abilities and two without, then places these on the hexagonal game board.

The gameplay stays more or less the same, with the first player who manages to move all their discs to the opposite area winning the game.