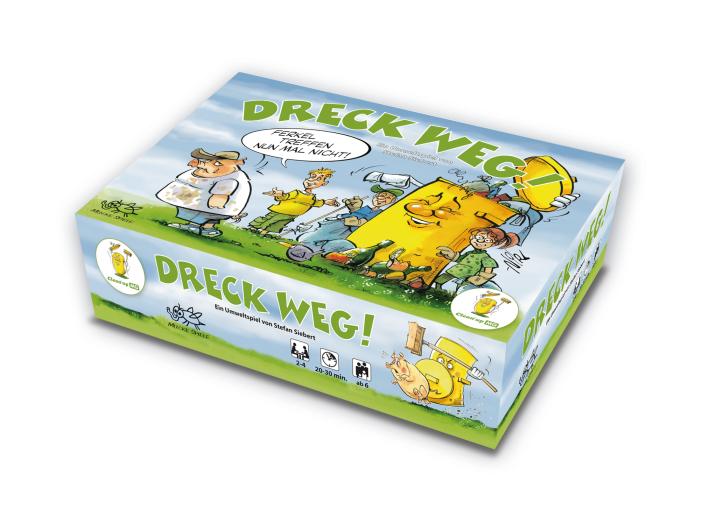 In our games, we put emphasis on a realistic background and / or current issues, the players are also educated next to the gameplay – edutainment is the new word for this.

Dirt away! has (unfortunately) quite a current background: whoever takes a somewhat closer look into the park of their city, can not help but notice the garbage and trash there. Cities are no longer able to keep all the areas in city clean from littering.

Through education and action one tries to tackle the situation. One of these actions is the annual spring cleaning actions that now occur everywhere in Germany with many citizens of cities participating. Tons of debris will be collected and disposed of properly.

The author Stefan Siebert came to us with his game idea “Flaschen erhaschen”. It quickly became clear that we wanted to implement the game in cooperation with the sponsors of the spring cleaning action. To finance it further we found sponsors and helpers, so that a family game local to the city of Mönchengladbach was created, which is to be made into local versions in other cities now too.