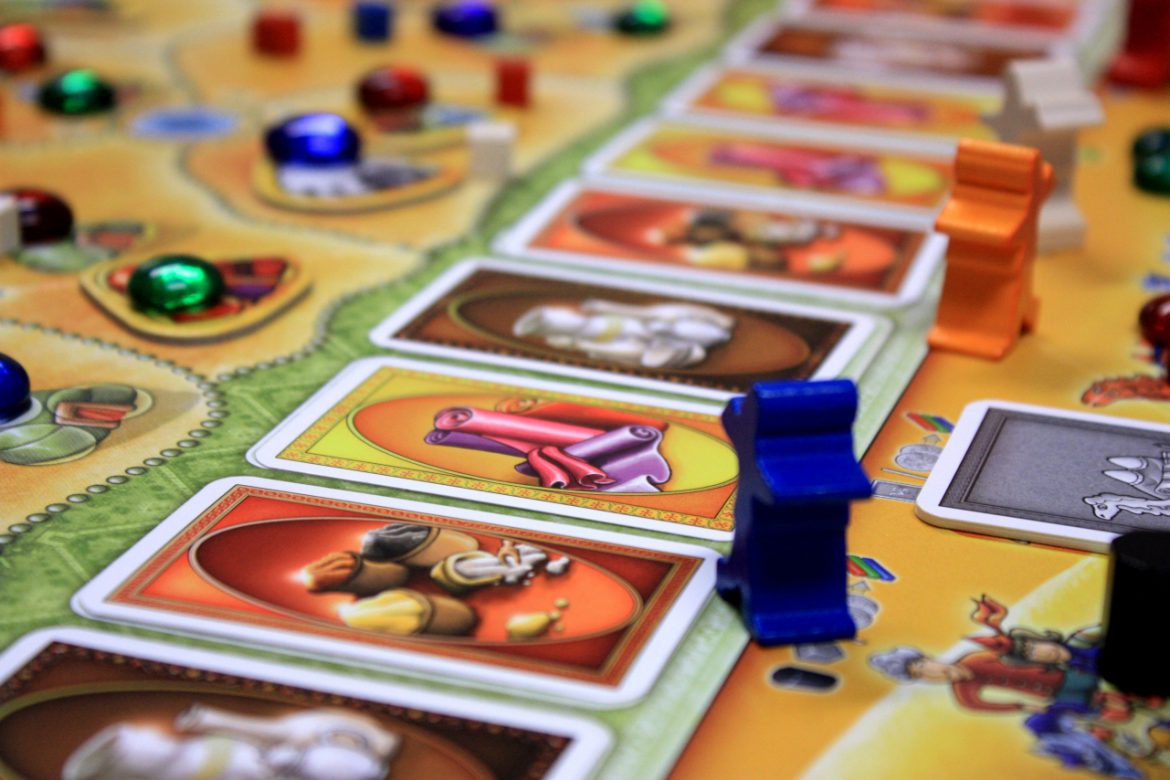 The following is a few explanations on the mechanics of Taschkent:

The game is for both avid gamers and casual players. The rules are not really complex, but they call for tactical thinking.

The action rounds are intended to prepare you for the scoring round (trading round). However, as the time at which the round of action begins is, to a certain extent, random, it is important to find the right balance in one’s own actions.

While the action and trading phases alternate, an overlapping tension takes place towards the end of the game. It is important to secure points over the purchase of goods cards or to upgrade them. Problem: The player who has collected the least money will lose in any case, so players also need to pay attention to that.

At the beginning of each round of trading, the collection of the materials and/or other advantages necessary for the scoring round begins. The uncertainty about the length of the action phase is emotionally binding. Added to this is the psychological aspect of the uncertainty about what the other players have collected (keyword: screen). While the first half of the game is very much about the receipt of goods cards, the uncertainty about the distribution of the money (note: the player with the least money is eliminated) leads to an increased exchange into money – which dampens the aspirations for points .

First, the random length of the action phase is a core element, intentionally random. Furthermore, the scoring of points at the trading posts is important: depending on the number of existing goods, the demand – and thus the point yield – is higher or lower. Also the choice of the time for a scoring in important, since you can not choose which kind of card you get, but must take the one which is available at the time of the exchange.

The random aspect certainly lies in the length of the action phase, which is controlled by a die roll.

The unusual playing area – the graphics of the square game board is arranged at 45 degrees – is an eye catcher. The wooden play figures and the shiny glass stones are attractive both in appearance and feel.