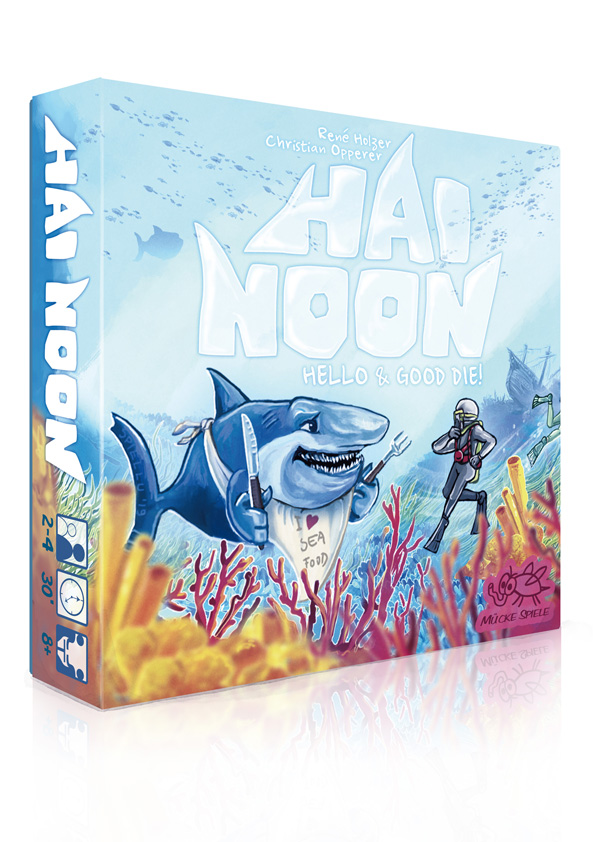 All informations about Hai Noon

Informatios about Hai Noon at Boardgamegeek

Hai Noon is a card driven game, where the players are divers trying to avoid to get attacked by the surrounding sharks.

Both, the divers and sharks are represented by doublesided tiles that form the play area. For all player counts the setup is identical. There is a four by four grid of tiles with the divers on the four center spots and the sharks on the outside. For the basic game only the four sharks in the corners are hungry (hungry side face up). In turn order player play cards to either move the divers or the sharks or use a special card like shark cage. The cards come in four color variants, and on each side of the grid, only one color can be played. Also, if a color is already present at one side, cards of the same color must be played on that side. If the third card is placed on a side, the sharks on that side attack. Unless a player is protected by e.g. a shark cage, the shark succeeds. If this is the first successful attack, the diver tile is flipped. If it is already flipped, this player loses and all the other players – and the sharks – win.