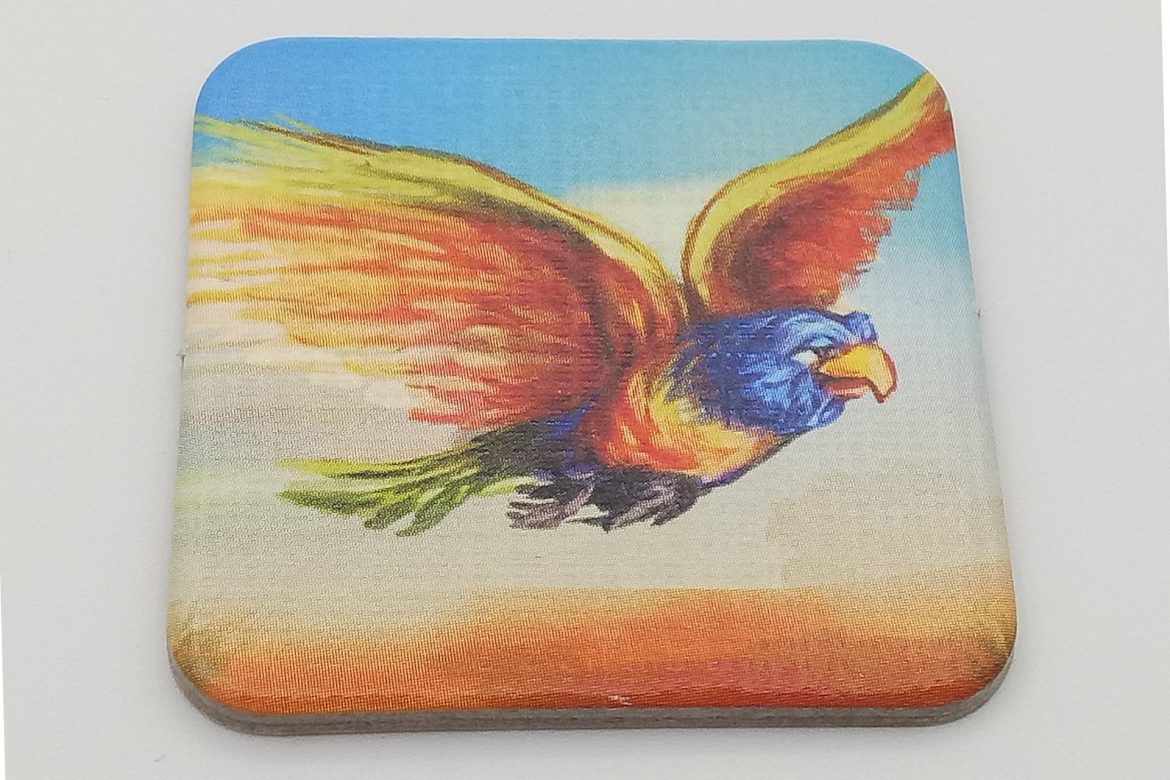 This is a Rainbow Lorikeet, a colorful parrot living in Australia. This tile is unique to Outback Crossing and can be included into the game in many different ways. – Your ways!

There are no set rules for the lorikeet. You can come up with your own rules. It´s important to communicate those to your fellow players.

Here´s a list of examples how to include the Rainbow Lorikeet into the game.

Custom turn:
Along with the Lorikeet a new turn option enters the game. As soon as the Lorikeet is in play, players can choose to pick up the lorikeet and place it in a new free space instead of using an official turn from the rules book. Rainbow Lorikeet is worth 20 points in this game mode.

Travel Service:
Whenever Rainbow Lorikeet changes it´s position on the game board the active player can decide to pick up an adjacent animal tile as well. This can only be done when there´s a free space for both the Rainbow Lorikeet and the second animal. Both animals have to be adjacent before and after they´ve switched positions. Rainbow Lorikeet is worth no points in this game mode.

2. Joker:
Play and treat Rainbow Lorikeet as a second Joker, according to the rules.

Tidy up:
As soon as Rainbow Lorikeet is drawn from the bag, exile it from play. Pick up every action card that has been played so far and put them back in the bag. Be sure to mix and shuffle the bag´s contents.

Action tile:
Play and treat Rainbow Lorikeet as an action tile. Once Lorikeet has been drawn from the bag, exile it from play. Every Player at the table chooses a single animal that has been played and is active on the board. Put the chosen animals back into the bag. Be sure to mix and shuffle the bag´s contents.

These are just a few examples of how you could include the lorikeet into your game. We hope this inspires you enough to come up with your own rules.
Please enjoy your version of Outback Crossing. 🙂