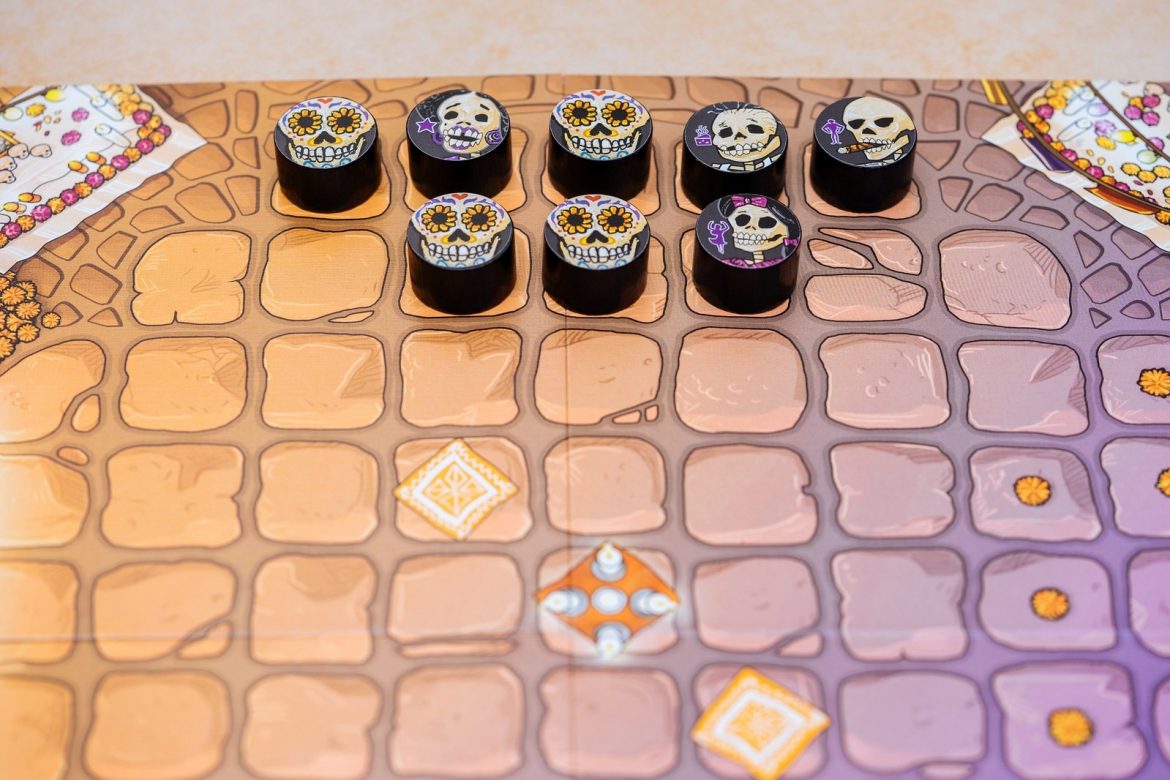 Joachim Gauck, German Federal President from 2012 to 2017, has a lot to do with Martin Luther. After all, he was himself an evangelical pastor in Rostock on the Baltic Sea. And Martin Luther was the great reformer, who in 1517, with his 95 theses, attacked ecclesiastical and secular authority and unintentionally initiated the division of the church into Catholic and Protestant. Martin Luther provided for the formation of the protestant church.

Even after his time as a pastor Joachim Gauck had to do with Martin Luther, e.g. With “Luther – Das Spiel”, which appeared in 2016. It pleased him so much, that he invited the two authors, Erika and Martin Schlegel, to Berlin to the castle Bellevue. It was a great honor and a premiere, because never before was a game author because of a game to the Federal President.

But what does the former president have to do with “Adios Calavera!”?

The answer is simple: Martin Schlegel, who had created “Luther – Das Spiel” with his wife, is the author of this game, which will be released in autumn by Mücke Spiele. And it could be that “Adios Calavera!” is also the favorite of the German Federal President, because it is a 2-person game with quite a few rules, in which the player who uses their head has an advantage.

In the near future you will learn more about the tactical and tricky “Adios Calavera!”, The game that has the Mexican “Dia de los Muertos” as its theme. Calaveras play an important role on that day. They are skeletons made of papier-mâché, which are intended to symbolize the deceased, and can even be a skull of sugar.