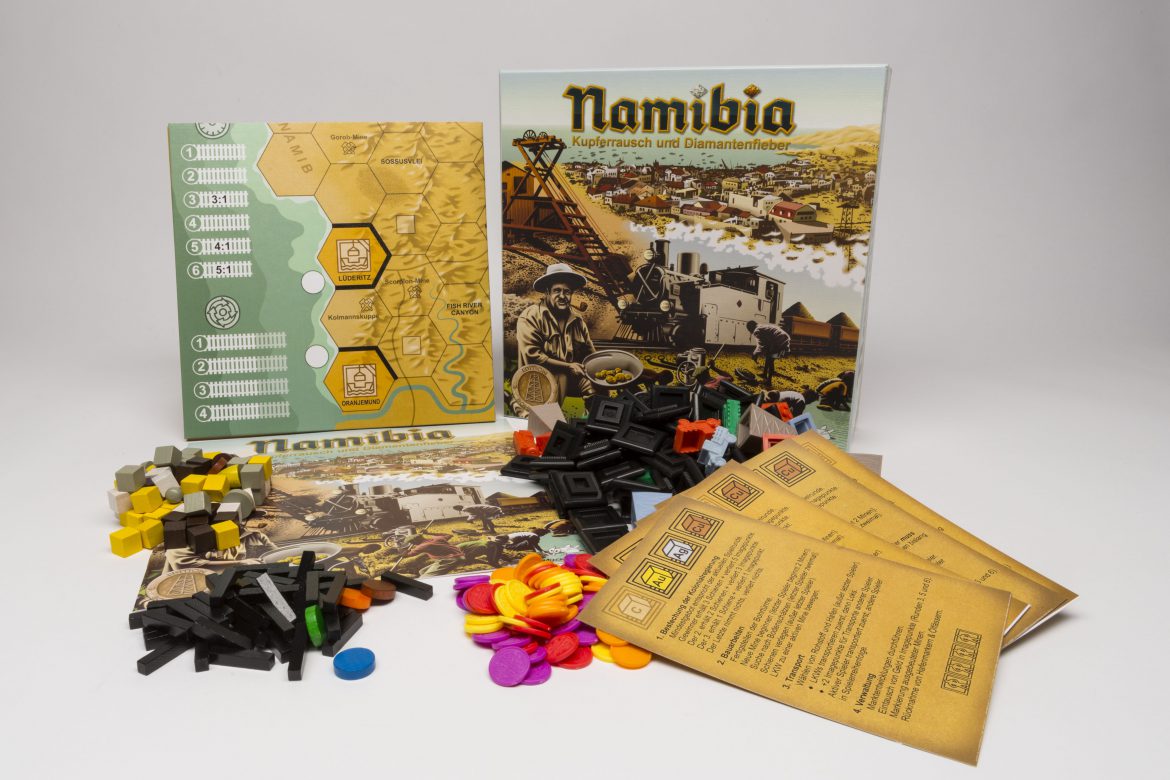 The game “Namibia” has its own website. There you will find detailed and detailed information about the game.

Informations about Namibia at Boardgamegeek

In Namibia, players represent mining corporations who are looking to mine commodities – diamonds, gold, silver and copper – and attempt to transport them to ports to sell at the highest possible price. In order to achieve their aims, players have to bribe (via an auction) colonial government officials who control access to the interior and to the ports.

1884: First sources of various commodities have been discovered: gold, silver, copper and diamonds as well. The colonial government has issued concessions to enterprises which shall build up the necessary infrastructure to deliver the commodities and transport them to the coast. Who will place their rigs in the right place? Who will be able to sell the commodities for the highest price? The game board shows a map of Namibia with a hex grid. This is the second game of the “Edition Bohrtürme” (after ‘Schwarzes Gold’) that uses the game pieces of ‘Giganten’ (Kosmos). It is the winning titles in the categorie “more complex games”.

Access to the interior allows a player to develop the country’s rail infrastructure which is required to move commodities to ports in order to sell and make money. And money buys reputation, which gets more expensive to acquire as the game goes on. Players also need to construct and complete their mines and prospect for ore.

However, too much bribery leads to a decrease in reputation which affects a player’s position at the end of the game, but limited access to the transport and shipping infrastructure will seriously impact a player’s ability to make money.

Selecting the right time to ship and sell is the key, because the market can be manipulated by other players. The winner will be the player who can make loads of money while keeping a good market reputation. The player with the highest reputation wins.