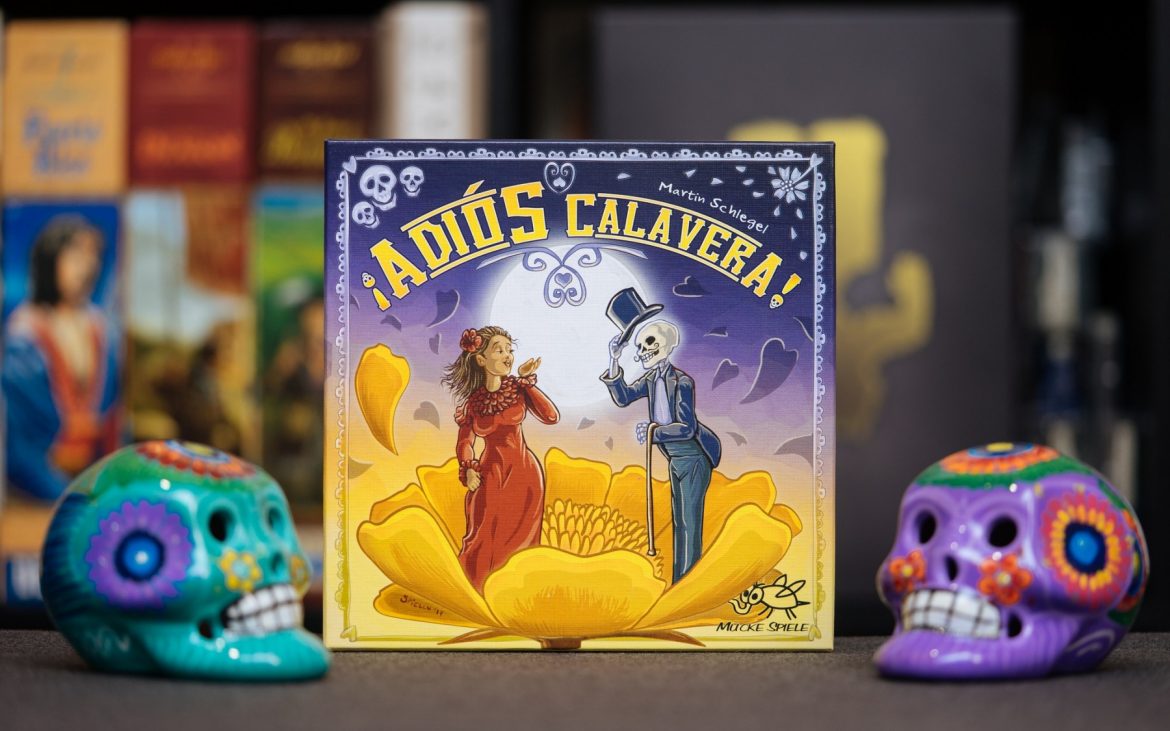 The dead into the shadows, the living into the light!
Tactical game for 2-3 players…

All informations about Adios Calavera!

Informations about Adios Calavera! at Boardgamegeek

Adios Calavera! is tactical game for 2 players (3 players with expansion) about the Dia de Muertos (Mexican holiday). The object for the players is to move their pieces (one player has the living the other the dead) past the other player at a right angle into their goal. Whoever gets all pieces into their goal first, wins. You can cleverly use the position of your opponent’s pieces to get more quickly into your goal. Pieces can even have special abilities which makes it even trickier.