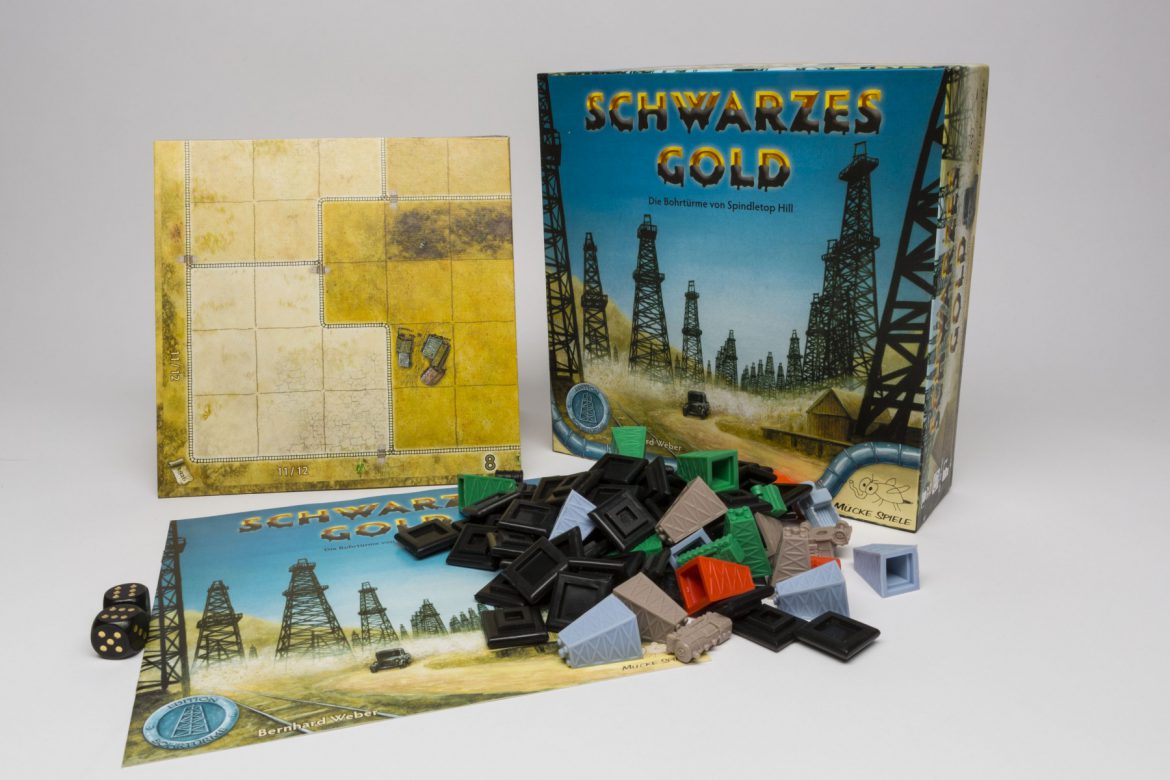 All informations about Schwarzes Gold

Informations about Schwarzes Gold at Boardgamegeek

1901: Welcome to Spindletop Hill, birthplace of the modern oil industry. The first sources of oil already have been found and all adventures head for Texas to find their fortune. However, the sources are limited. Who will find the right places to set up their oil rigs and produce the most oil?

In the basic game players roll dice to determine a position on the game board where they can then place either one of their own drilling rigs or a neutral oil marker. In phase 2 players decide in which order the drilling rigs score points for adjacent oil markers (which are removed from the board after scoring). The player with the most points wins the game.

The game will include at least two variants (and a second game board) to add more complexity. In addition, several fan rules will be published on the homepage Schwarzes Gold