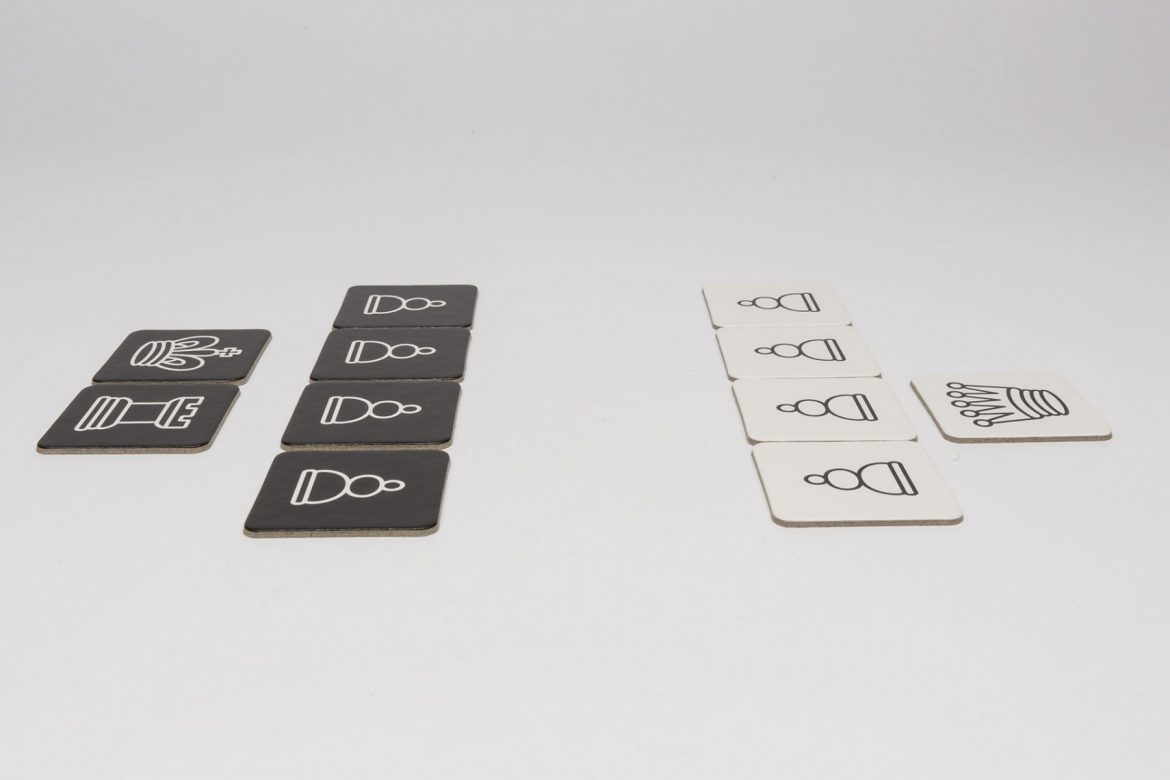 Schachen is a game that was created outside of our competitions and is therefore not based on certain components. The collaboration with the two Cologne game authors Matthias Schmitt and Heinrich Glumpler came about because they could not find a publisher for their chess variant. For a small publisher it is often easier to tackle unusual projects …

Matthias and Heinrich had already produced prototypes to show their game. For the production, of course, we needed a special character design, with which we commissioned the Hamburg illustrator Carsten Fuhrmann. While in the original version the white figures were depicted on a black background (and elsewhere) and this always led to confusion, the figure and the background are now uniform and only the contour deviate in each case.