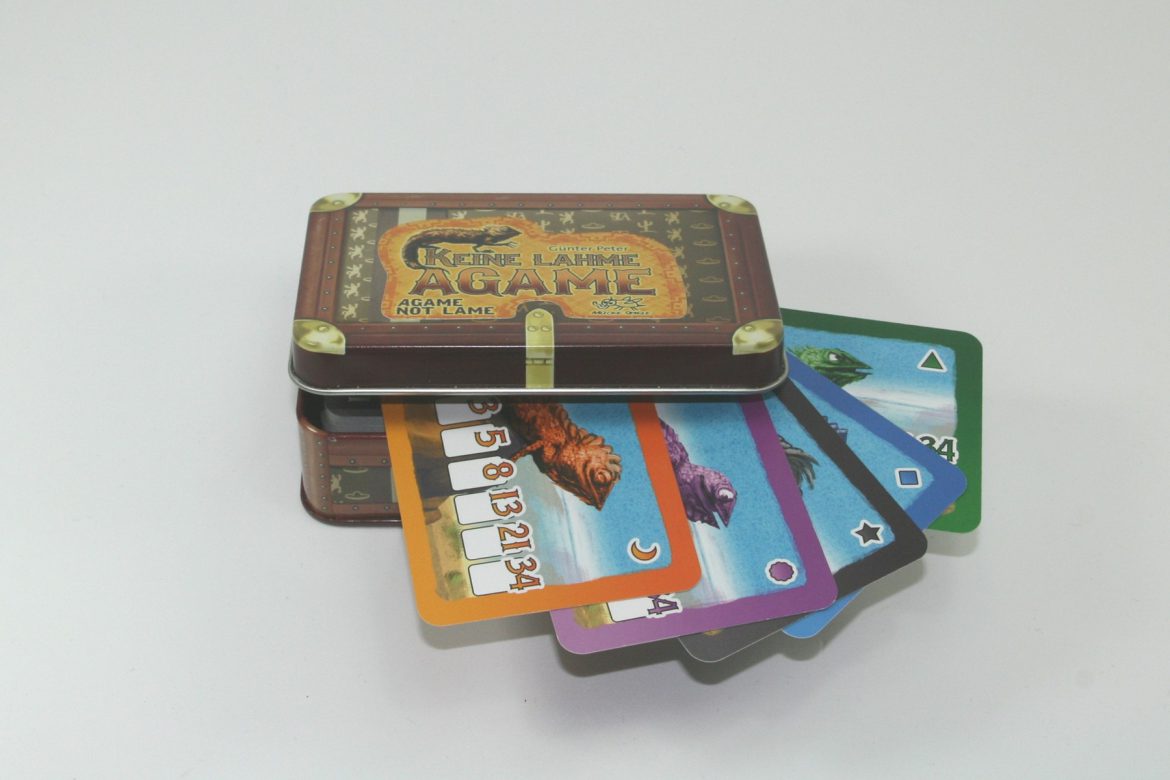 From the game designer competition 2011/2012
A tactical card game

Alle Informationen about Agame not lame

Informations about Agame not lame at Boardgamegeek

In the card game Keine lahmen Agamen, the players collect “Agames” featuring different values. The players score when they manage to collect a row of agames cards with ascending values and – even better – in the same colors. During the game, already played cards can be taken from the opposing players to either reduce their score or improve one’s own collection.