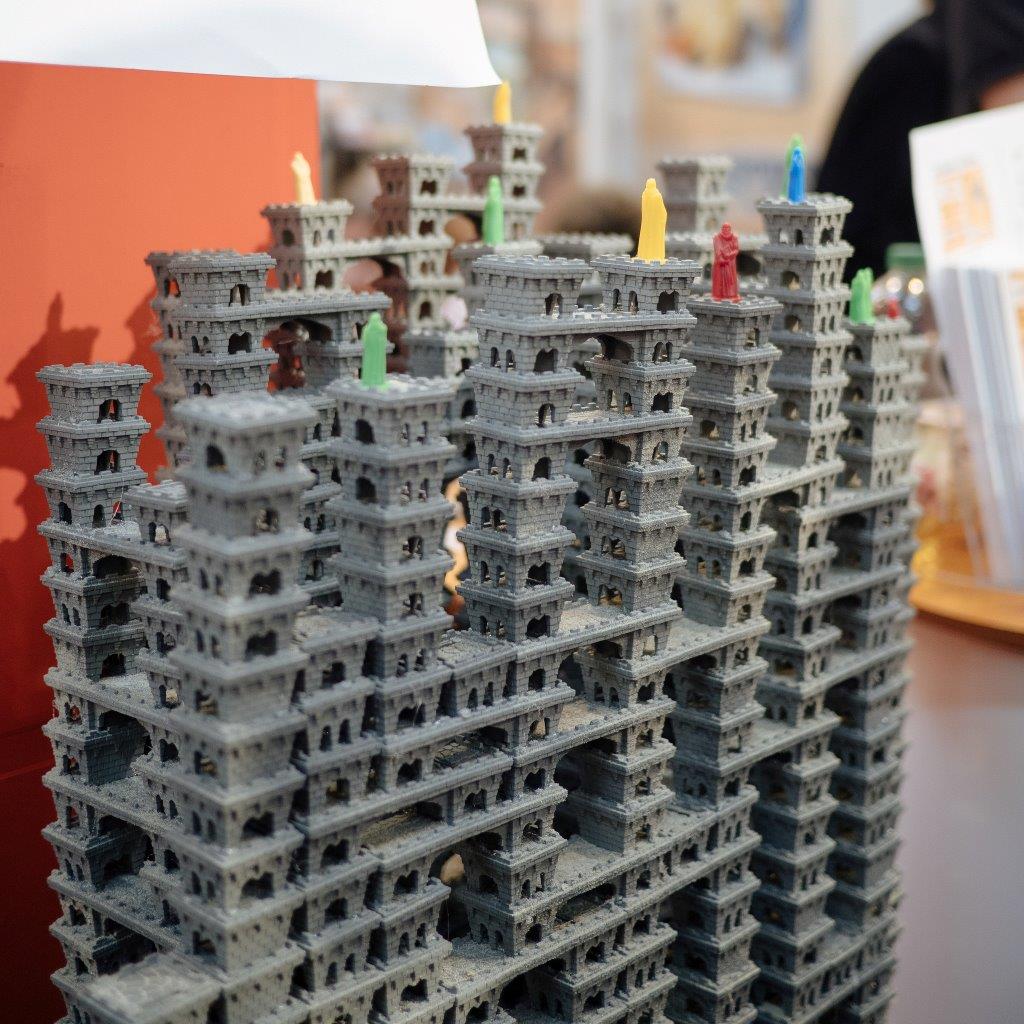 In the middle of 2016 I , Channing Jones, was working for spielmaterial.de (Harald Mücke). I had quite a few different tasks, such as marketing and research. One day, I got the job of making money out of a big stockpile of plastic parts.Spielmaterial.de often buys such leftover items and sells them individually or otherwise. The amount of this stock was however particularly large and thus needed a lot of storage space.However, little has been sold so far. The previous attempts to sell these in larger quantities to wholesalers or the like had been unsuccessful. To simply throw away this would be a pity. So it was a problem.

These plastic parts were from the game Alcazar (2009, Wolfgang Kramer). Without knowing how this game works, I came up with my own idea of making a game out of it. I also did not know at first how much material was in a package. So Harald gave me one. I noticed immediately that you could make a wonderful game out of it, using exactly that amount of parts, no more and no less. Now only the rules had to be developed.

Inspired by the game “Between Two Cities“, my first idea was to develop a real-time game, in which each player builds a tower together with each of his neighbors. I developed that far enough, so that it worked quite well. However, during testing I always encountered players who were averse to playing this type of game, i.e. for which some dexterity is needed.

So I developed a second variant, in which no dexterity at all was required. At first, the rules were very similar to the real-time variant. It was not really exciting though. Finally, at an author meeting Andreas Kuhnekath came up with the idea of majorities. This made the game tricky and thus good. Points were to be awarded the higher you built, so you got points equal to the height of the level. To offset the difficulty in calculating this a scoring table was added.

Finally, various rules such as the special move, first round restrictions, and minus points for bridges at the end had to be added in order to round off the game and balance it out.

Testers liked the resulting “tactical game” least as good as (some even better than) the real-time game, so it was decided to publish both variants.

As a prototype, the game was simply “Tower Builder”. For the title the obvious idea was something to do with the Tower of Babel. The game was going to be published in three languages (German, English, French), so a word identical in all three languages would be suitable. Finally, we decided to take the word “Babylon”.

The publisher was pleased by the simple production process. Only the boxes and rulebooks needed to be produced. In each box there came a package with the plastic parts, on top of that the rules, done.