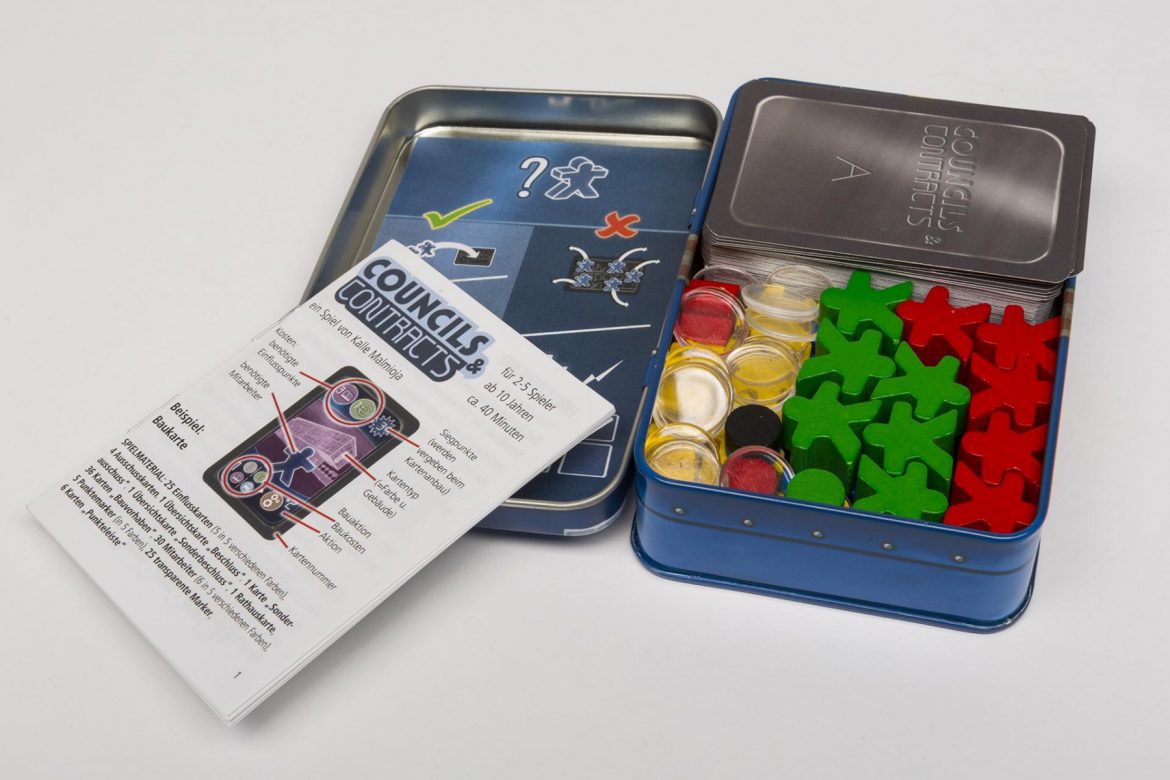 Edition Kofferspiele
A game in which you need a strong lobby

All informations about Councils & Contracts

Informations about Councils & Contracts at Boardgamegeek

The highest decision-making organ in a city is the City Council, which lays down the general operative and financial outlines for a city and decides on its main objectives. The true power, however, is a little further down the hierarchy in the different councils working under the City Council.

In the card-driven game Councils & Contracts, the players act as developers who try to push their own objectives — namely, receiving lucrative building contracts. Therefore, it’s important for them to gain influence in every one of the councils since doing so is crucial for deciding the assignment of building contracts. Naturally, all of the developers are keen to gain that influence…

Councils & Contracts is the winner of the third game author’s competition “Edition Kofferspiele” organized by Mücke Spiele/Spielmaterial. In that competition the limitation was that the game fits in 11 x 7,5 x 3 cm metal box. Similar to Hart an der Grenze smuggling boxes. It is easy and light to take with you and has a lot of game inside the box.