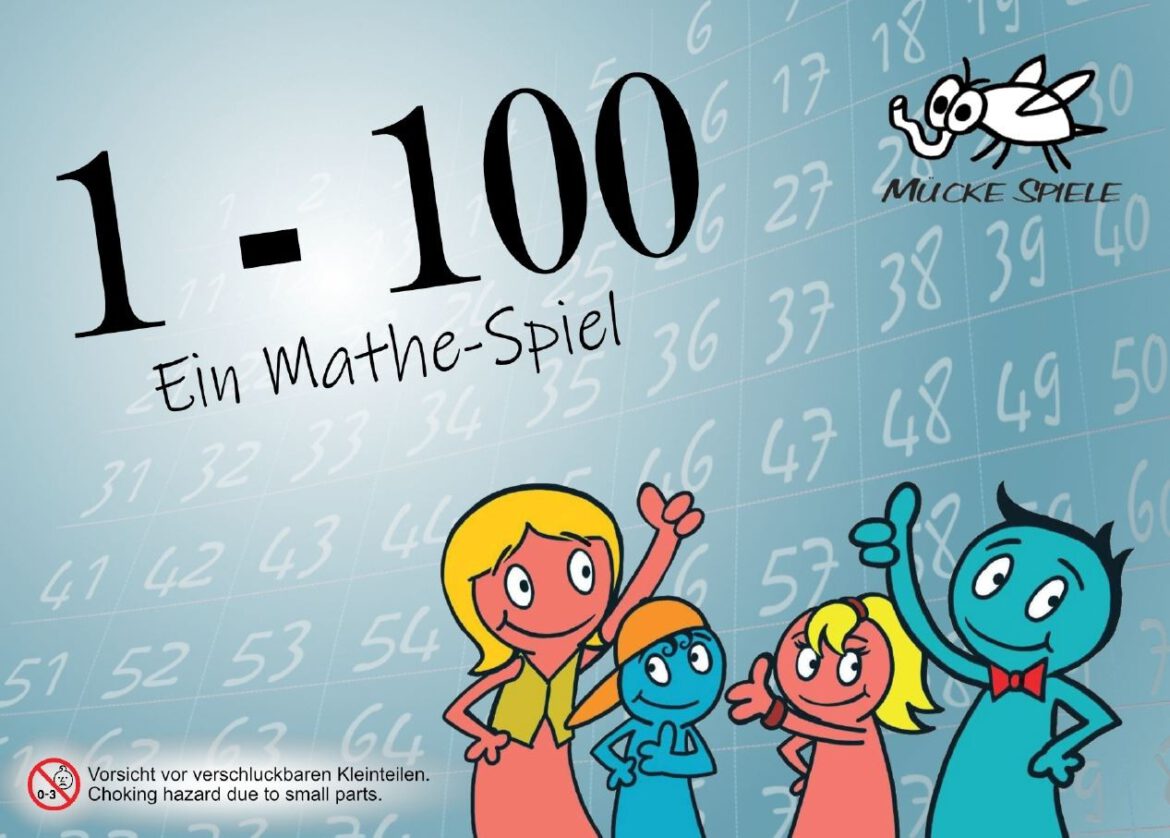 1-100 Math Game
You should know how to calculate

All informations about 1-100 Math Game

Informations about 1-100 at Boardgamegeek

Rules: Each player should have a pencil in his own color. Define a starting player. The active player rolls the dice and has to combine all 5 dice using the basic arithmetic methods (addition / subtraction / multiplication / division) to reach a number that has not been calculated by any other player before. He then can mark this number (e.g. circle, cross out, box ). The player can, but does not have to, use all types of calculations methods. He can e.g. use only addition or e.g. once addition, once subtraction and twice multiplication. He can use brackets to work with the dot-before-dash calculation. Only whole numbers are allowed in the calculation process.

End of game: The players play alternately. The game ends as soon as the numbers in 3 rows or columns (or a combination thereof) are circled.

The backside shows the game Knüller, which also can be played. See www.spielmaterial.de/wuerfelspiele