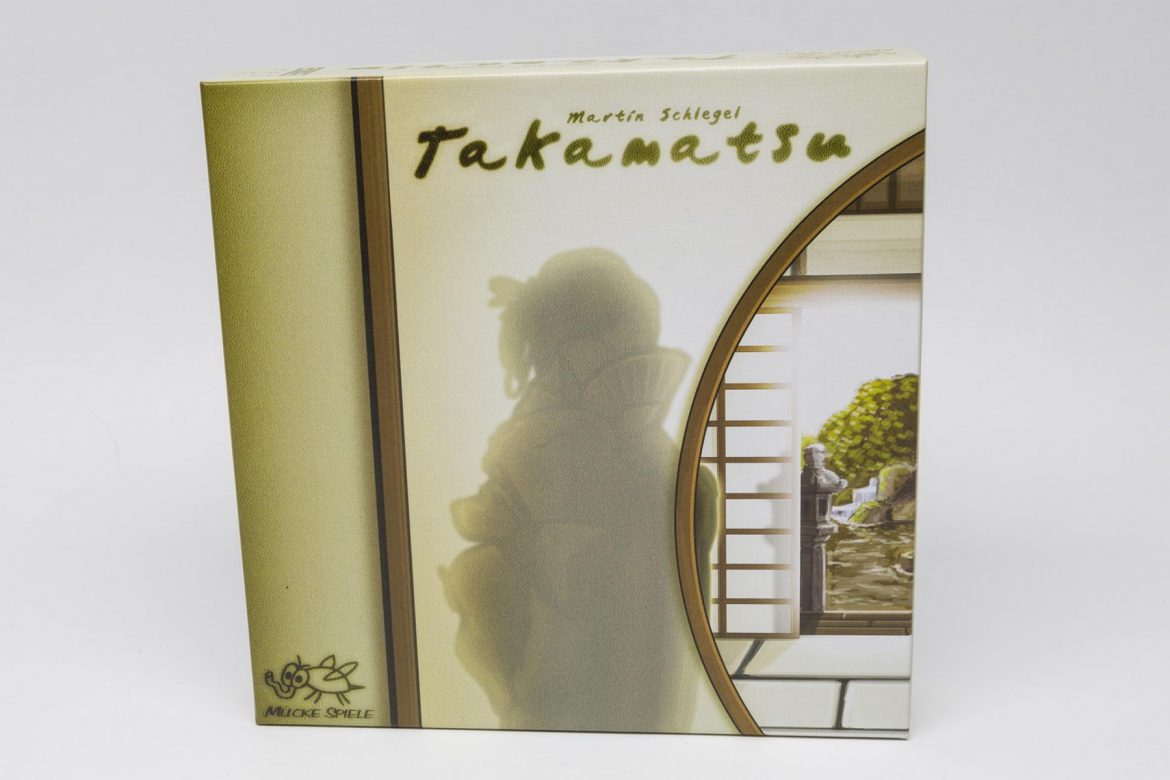 Below are a few explanations about the game mechanics at Takamatsu:

The game is for both avid gamers and casual players.

The players must familiarize themselves with the unusual movement patterns of the pieces in the first games in order to be able to control them effectively. However, the possibilities for movement are not only determined by the game board, but are also significantly influenced by the other players. Added to this is the uncertainty about the value of the cards. The cards with a negative value turn the game pattern over, which can be exploited by the players to harm the other players.

The playing time is about 30 minutes.

The attempt to direct your pieces into the right spaces requires a tactical approach. An obvious movement will lead the other players to counter-act. You can win only if you also move the others. Danger is caused by negative cards, which turn the game upside down briefly.

The essential element of the game is the insecurity factor in the control of your own game figures in relation to the next round of the game.

A random aspect lies certainly in the face-down scoring cards.

The setting fits well with the game, the pieces support the thematic orientation.