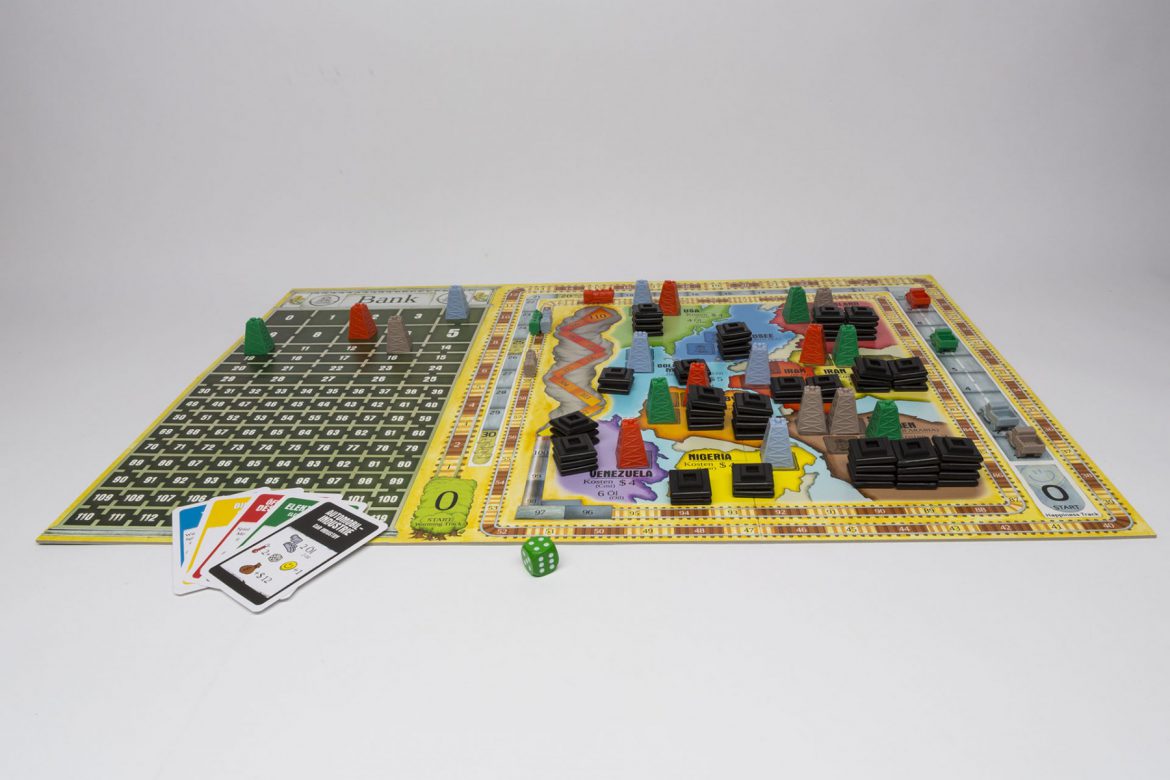 The following are a few explanations on the game mechanics of Global Warming:

The game is for both avid gamers and casual players. The rules are not complex, but leave room for strategic decisions in the course of the game.

At the beginning of the game, the players are focused on the early occupation of the oil fields and the first production (ie the playing of black cards). The impact of these activities on the environment will only be taken into account as soon as the first oil drum (the first environmental damage) is reached.

By the time the second oil drum is reached, it is important for the players to keep an eye on their contribution to the pollution and to counteract environmental pollution with green cards.

Correspondingly, during the course of the game, the tension also increases linearly, with intermediate peaks when the oil drums (intermediate steps) are reached.

Global warming is an emotional game just by theme alone. Players are aware of the current problem and they experience it in the game – the (wrong) development of the past decades is also comprehensible in the course of the game. Of course the players want to win the game, but in the event of winning over the point of global catastrophe, the joy of it is limited – and ideally leads to thinking about it.

Global Warming is a card-driven game. The tactical playing of the cards is decisive (also the reactions to the actions of the other players). The securing of the oil sources is also significant.

The random aspect is certainly in the drawing of the cards, which define the action possibilities of the players. However, since the cards are based on a fixed distribution, it can be said that luck has a limited influence on the game.

The edition Bohrtürme is based on the reuse of surplus production of playing pieces, i.e, the concept of sustainability already anchored in the theme of the game is also pursued in the material. The game figures are attractive and functionally modeled.