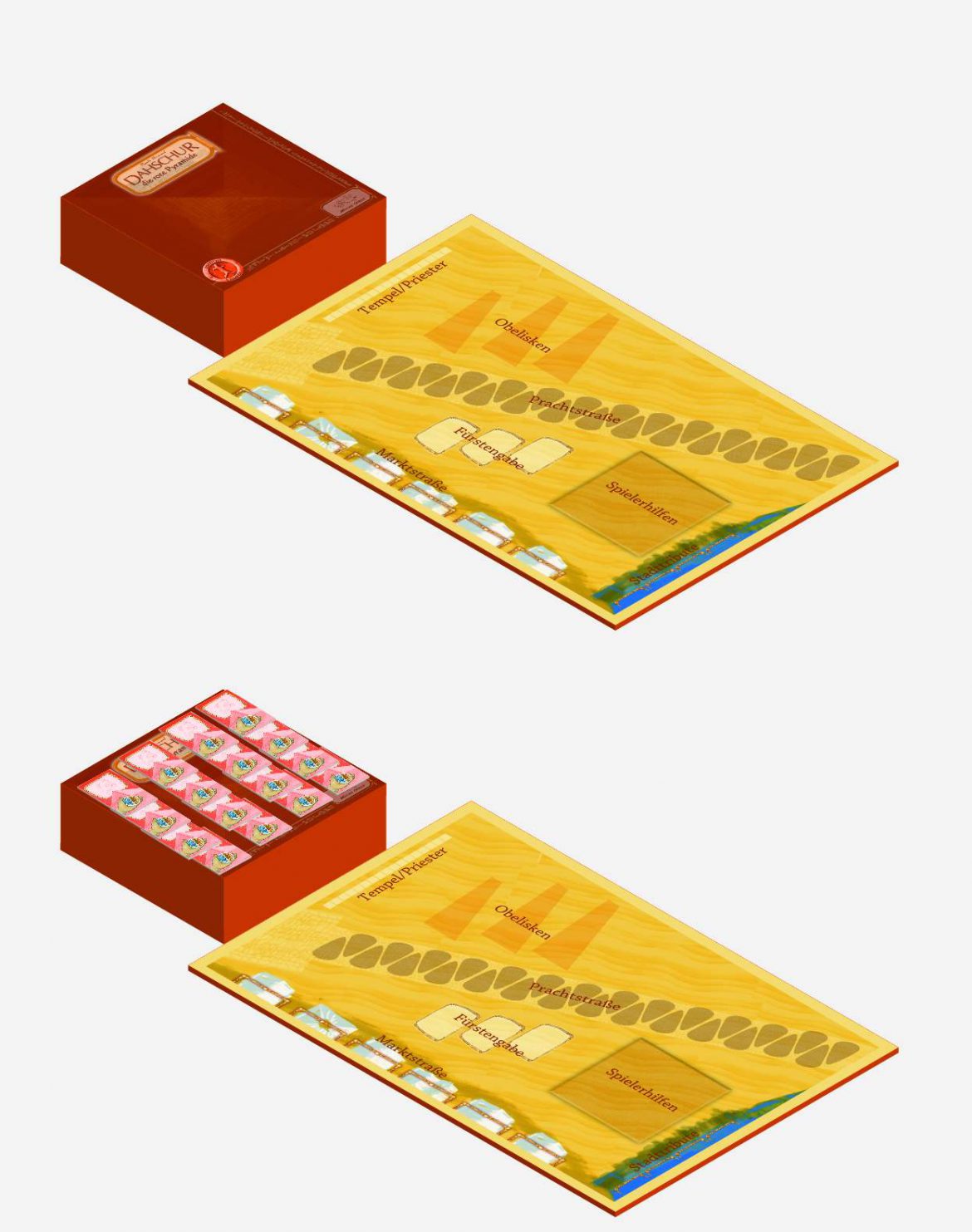 The board is laid out in the middle of the table, the grave chamber is placed in the open game box next to the board. Each player receives a merchant, 10 goods cubes and the prince cards. The recognition markers are placed on the scoring track. The market stalls are equipped with special offer cards. Then the marble fields are distributed to the boulevard.

The aim of the game is to score the highest points. You get points in several ways. Direct points can be achieved by the construction of the boulevard, where you place acquired gems on the appropriate columns. Indirectly you can score each round by playing high prince cards and getting rewards and city attributes. However, players score the most points by the placement of gold and silver coins into the grave chamber at the end of the game, for which you must turn to get into a good postion in the procession during the game.

On your turn you initially do nothing – first the other players must search for a prince card and hand it over to the active player. These cards define your action potential. They can be used for buying gemstones on the market, for the construction on the boulevard or the position in the procession. The following players do the same before the rewards of the Pharaoh and benefits of neighboring cities are distributed in the next phase. At the end of each round, each player places one of his prince cards in the grave chamber. This whole process is repeated four times – the game ends when each player has placed four prince tickets in the grave chamber.