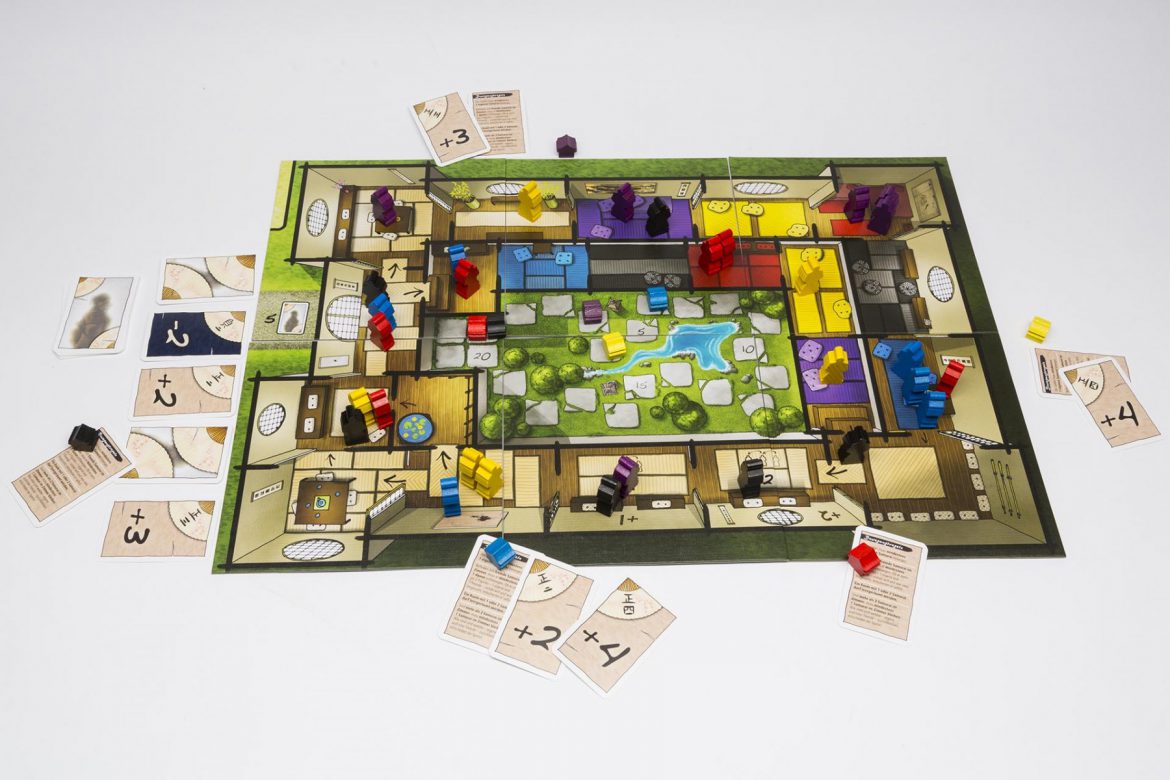 The players act as Daimyos and send their Samurai through the palace. In case a Samurai reaches the room of his Daimyo (his color), he is rewarded and can move forward his pagoda accordingly.

The player having been closest to Japan most recently, will be the starting player. The other players follow clockwise. The player at turn chooses one or more Samurai from a room and moves them forward. The Samurai always move clockwise through the palace, arrows indicate the way to go.

All Samurai chosen move the same range: They start from one room and end up together in another room. It is for the player to decide how many Samurai he chooses, however, he has to consider the following rules:

The chosen Samurai are moved forward, whereas the number of chosen figures indicates the range of the movement. Has the player chosen 3 Samurai, he has to move them 3 rooms further; 5 figures he has to move 5 rooms.

If a pagoda reaches the goal (20 points), the current round is finished, so all players have been active for the same times. Now all hidden Shogun cards are turned over. The player with the most points wins the game.