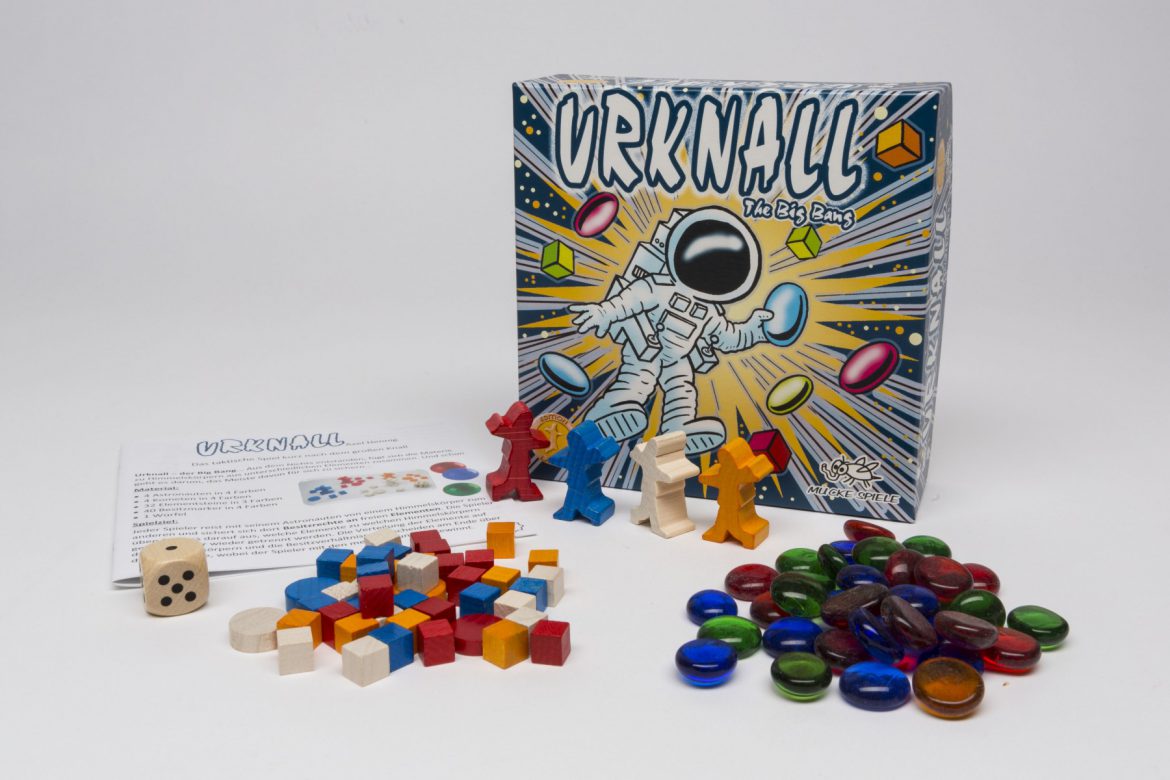 All Informations about Urknall

Informations about Urknall at Boardgamegeek

The Big Bang: emerging from nothing, matter explodes into being and over time unites into celestial bodies composed of different elements – with everybody trying to secure as much of those elements as possible.

In this tactical game, players send their astronauts from one celestial body to another to collect elements located there in various sizes and combinations. The value of these elements, however, won’t be fixed until the end of the game, and the players can use the effects of gravity to combine or separate heavenly bodies, thereby increasing or reducing the value of their elements for opponents.

Urknall received a special prize in a game author’s competition sponsored by spielmaterial.de. The task was to create a new game with given materials, and the author received this prize because he used nothing more than the materials given instead of adding additional components.