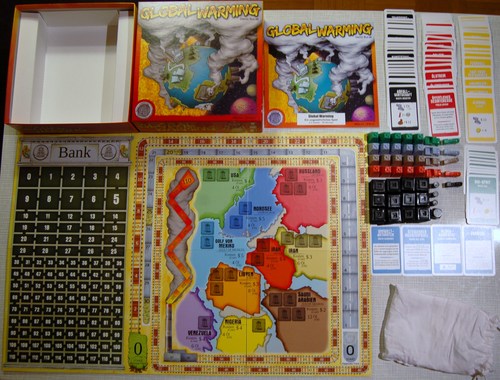 You can download the complete rules from here as PDF

The game is played in rounds. Each round, the players can perform one of the following actions:

There are 5 different card types in the game:

Through the actions of the players with the desire to achieve happiness points, which lead to impairments when reaching certain thresholds or can also mean the victory, the (participation in) Global Warming increases.

The game can end in four ways: