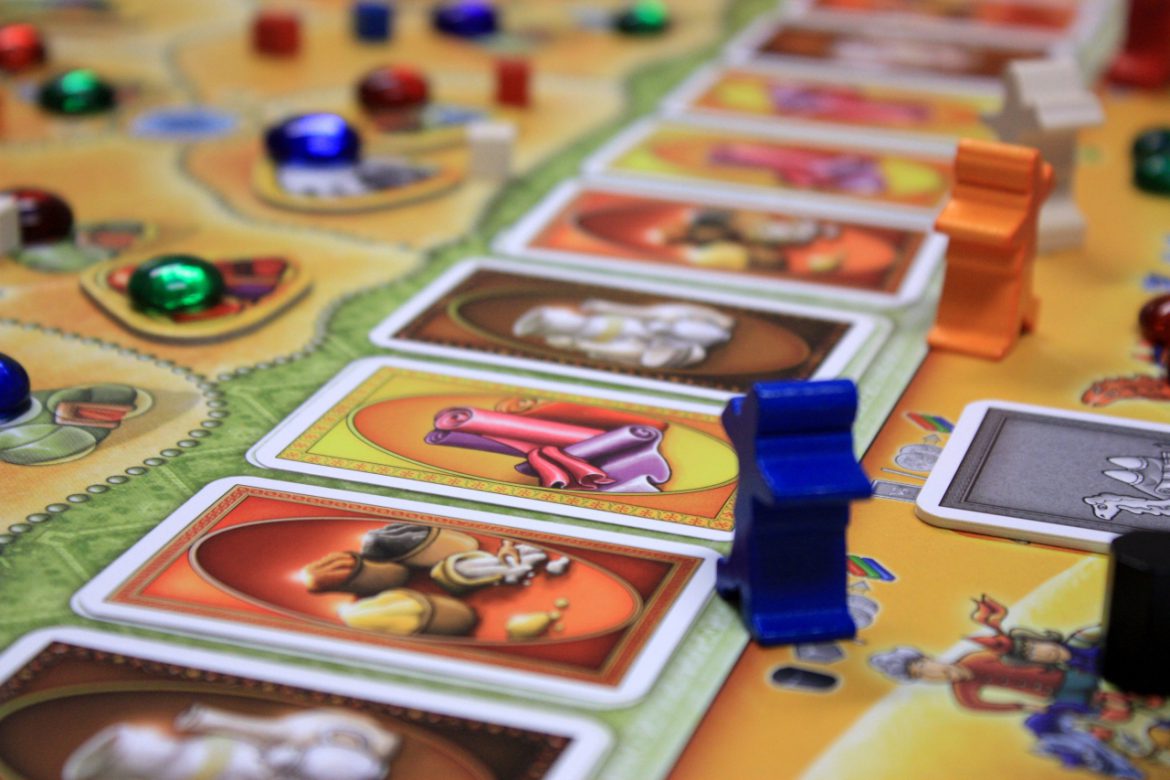 On the blog of Spielbar the author Peer Sylvester describes the development story of Taschkent:

Taschkent was created at Mückespiele as part of the game author competition 2009/2010. It was about creating a game from certain game material. Which was Interesting, but for me of little help, because the game material is so universally applicable, that there was no idea to insire me. That changed when I saw a picture in a vacation home of a friend that showed a scene in Central Asia. Immediately I noticed that the picture was similar to a game board! An acquaintance of mine made a copy of the picture for me and I decided to make a game out of the picture and material – sometimes a template (and thus a restriction) is very useful to channel creativity.

The following ideas were included:

I’ve always wanted to make a game about the Silk Road. And with this game plan, this was a possibility. With a bit of subject research I came to Tashkent – at that time the place where goods were brought from the Silk Road mainly to Russia. The part with the Russian furs, however, fell away in the design process.