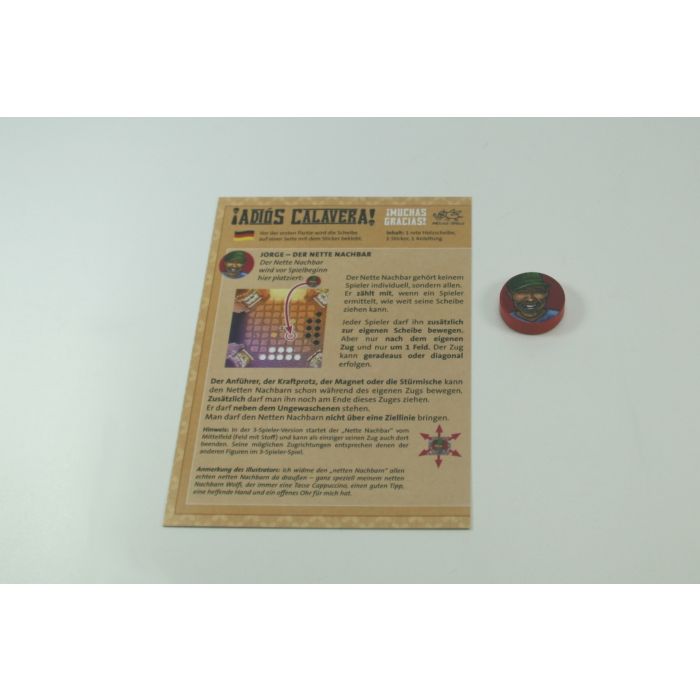 ¡Adios Calavera!: Character Expansion 3 features a new nice neighbor that belongs to both players, the living and the deceased, and it counts in the calculation of movement as with any other figure.

Each player is allowed to move the neighbor, however, only after one’s own move and only by one field.