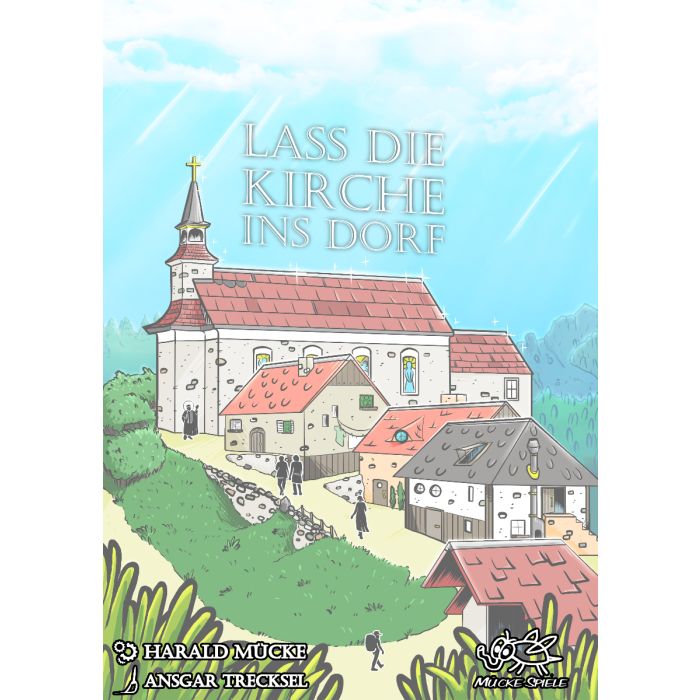 The game “Laß die Kirche ins Dorf” (which translates as “Let the church into the village”) has its own website.

1580. The colonization of the country proceeds rapidly. Also the population increases rapidly. The first settlers are not only followed by dealers and scoundrels but also by the church. Soon a new bishopric will emerge.

Laß die Kirche im Dorf is a strategy game for 2-4 players. By placing fields an abundant landscape emerges with fields of wheat and lakes that can be cultivated by the farmers and building sites on which farmhouses and churches can be built.

Goal of the game is to become bishop. The player who attracts the most followers to his churches becomes bishop. This happens by building churches near farmhouses. Adjacent churches however compete for the favor of the followers. The number of collected followers thus fluctuates occasionally.