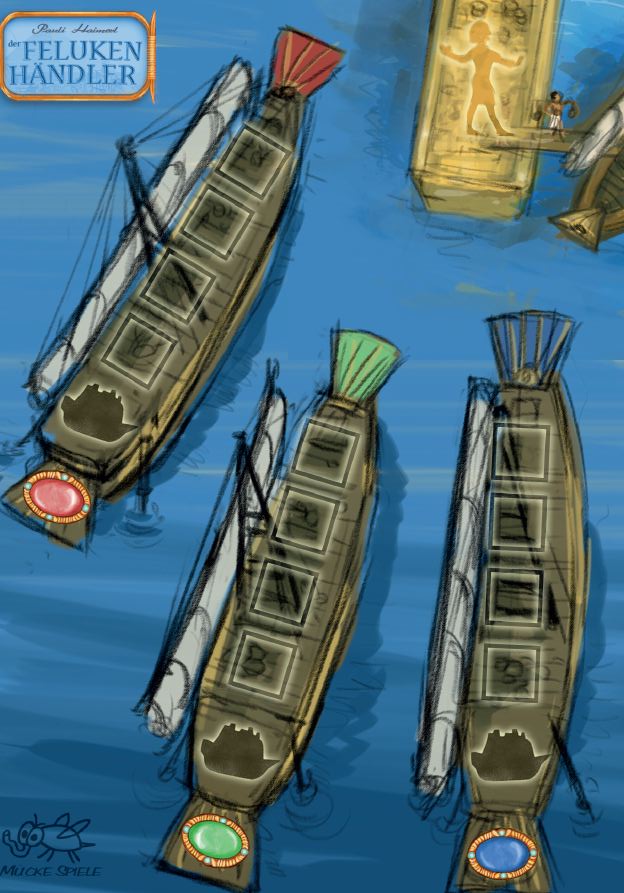 The felucca trader is an extension of the basic game, which is put next to the board at the end of market street.

The felucca trader counts as a seventh stall on the market street. If a player moves his merchant onto this place, he can replace one of his already acquired gems here. The most important advantage is that ties for rewards and city attributes are decided by the order at the felucca trader. Furthermore, it is also possible to get up to two VPs here.

Privileges of the Pharaoh

The privileges of the Pharaoh is a mini expansion of the basic game, which was available at the SPIEL 2012 as a give-away.

For each player there is a neutral marble marker available for the construction of the avenue. With this marker, players can exchange laid out marble markers or extend the avenue, thereby securing VPs for themselves.