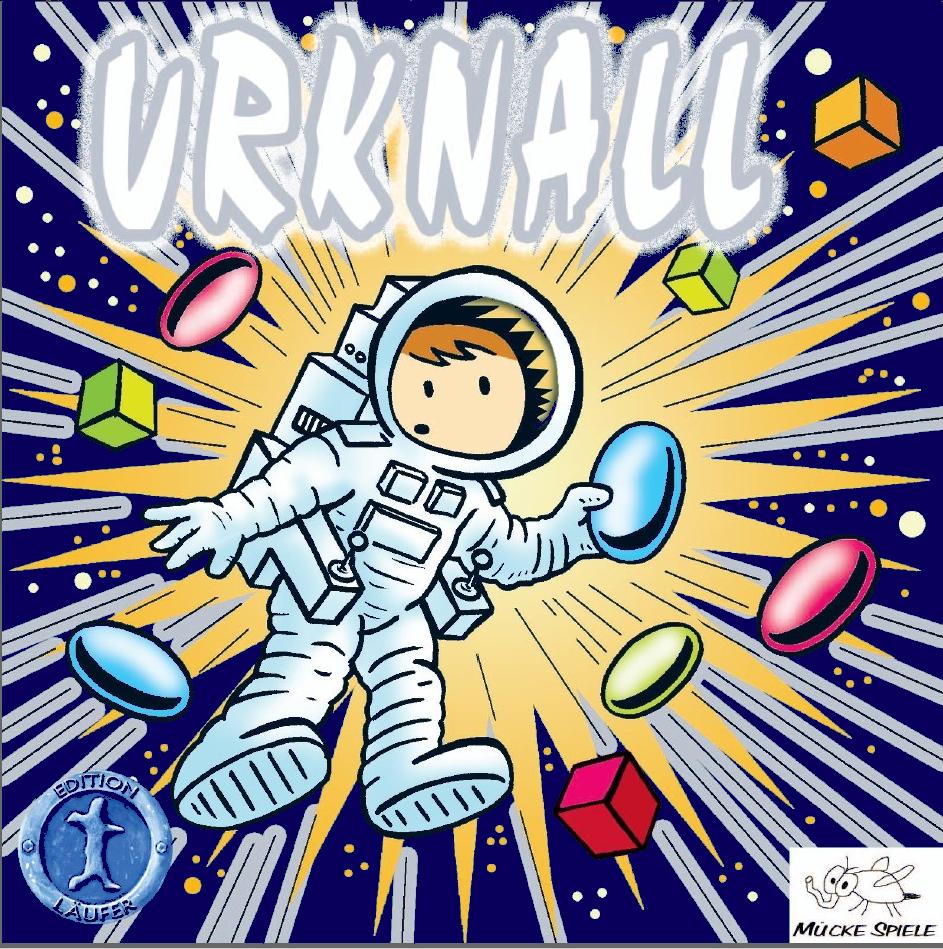 Urknall received a special prize in the context of the second game author competition, which we conducted at www.spielmaterial.de. In this respect, the game is based on the two components that were defined for the competition of edition Läufer (runners). The author received the special prize, because he really only used this material, and nothing else.

Axel Hennig handed in a prototype, for which little more needed to be done. Together we invented a rule extension and a small expansion.

The graphic design of the box was made by Rautie. In the first sketches, the astronaut still had a face, but it seemed to most that this would be a children’s game, which Urknall is not.