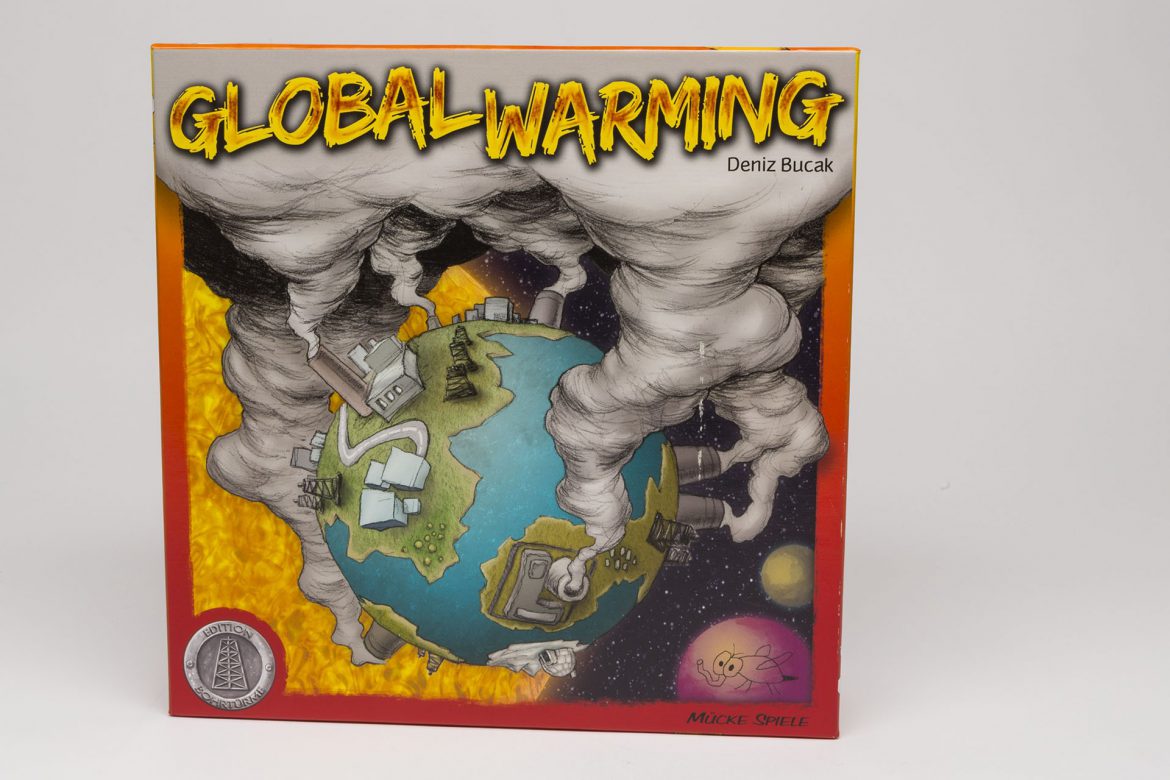 Global Warming reached the final round of the first game author contest, which we conducted at www.spielmaterial.de. In this respect, the game is based on the components of the game Giganten, which was published at the time in the Kosmos publishing house.

Global Warming is a tactical card-based game. The author Deniz Bucak submitted a prototype, which was graphically still very rudimentary. In this respect, the essential work was in the hands of illustrator Markus Bülow. The main task was to bundle the many different tracks, which the author had placed on their own overviews, on one board.

Global Warming plays with a view to the megatrend of sustainability and environmental compatibility. On the one hand, a page is usually devoted to the problem of global warming. On the other hand, the historical development of this problem is also evident in the course of the game. At the beginning, the players produce as much as they can in order to achieve happiness points by the sale of the products. However, massive oil production lead to environmental problems, which also have consequences in the course of the game.

Damage and limitations force players to also perform “green” actions to reduce the influence of global warming. This is especially important in the end, if you do not want to end the game by the environmental catastrophe – roughly speaking, we are in the right place in real life: Green action is urgently required, but not practiced equally by everyone.

The game thus shows the current problem in the game and is intended to stimulate thought. The player who contributes to the warming by the least will surely enjoy it differently than a player who wins in the other case through happiness points – a victory with “bad after taste” …