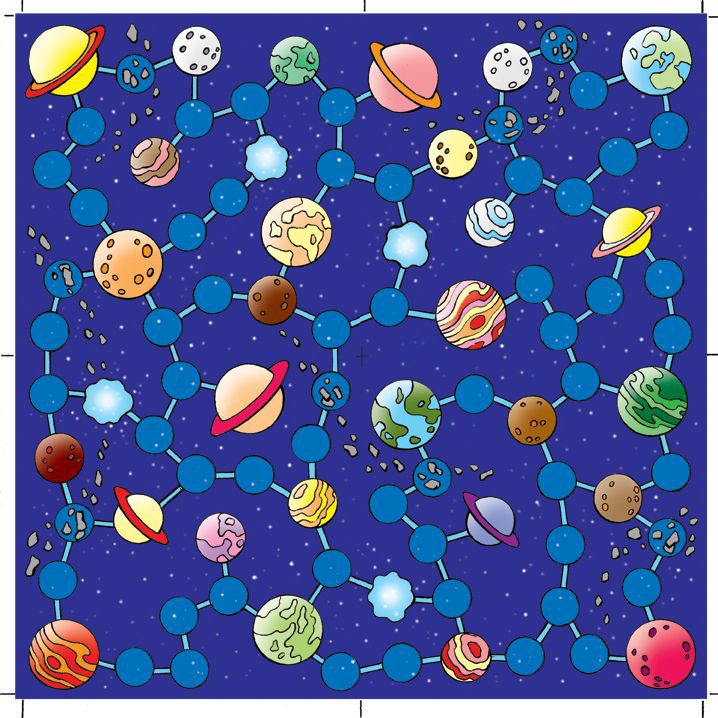 After each player has selected a starting planet and the Astronuts are distributed onto all the planets, the game begins. The players alternate each taking a turn.
How many actions a player may carry out is decided by a bet: First you call out a number (of actions), then roll a die. If the die roll is equal to or higher than the rolled number, then the number of actions is double the aforementioned number. Example: The player calls out 3 actions and rolls a 4: In this case, the player has 6 (2×3) actions. If the die roll is lower, then it is the number rolled.

With this number of actions the player can:

Landing on a planet

The landing on a planet is not without danger. Once you reach a planet, the player must roll dice and look up the table of fate, which determines what happens to him at the landing – negative or positive …

The game ends at the end of the round, in which all the planets have been explored (there are no more AstroNuts left). The winner is the one with most colonies at this moment.