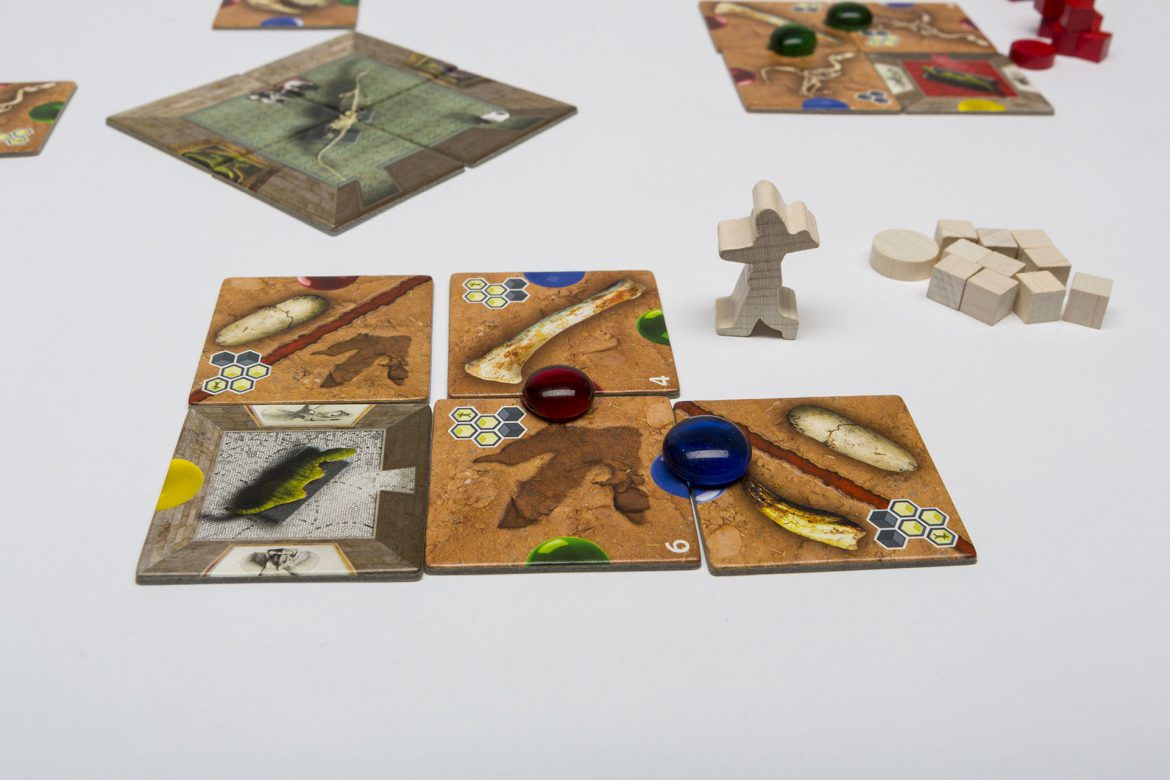 You can download the rules form here as PDF

At the beginning each player receives a palaeontologist, 11 scientists and a claim discs in his color, which he keeps beside his museum. The dino tiles are shuffled and according to the number of players some laid open in the middle of the table.

The goal of the game is to achieve the most points. You get points only at the end of the game. For each gem color (red, green and blue) a scoring is done. For this purpose, the player multiply their number of collected gems of a color with the number of adjacent dino tiles of equal type placed at the museum.

The player must bring the excavated exhibit to his museum by placing the tile at his museum. Since there is a maximum of 4×4 tiles and uniform (contiguous) collections are more valuable (see graphic above), the player has to consider well which exhibits he collects and where he places them in the museum. This becomes increasingly difficult in the course of the game.

In the end, the player who has scored the most points according to the above scheme wins.