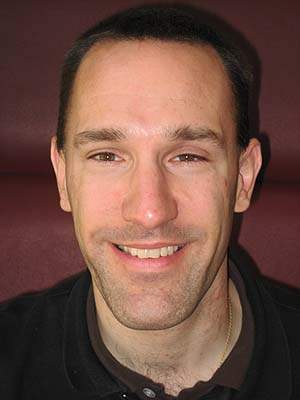 Axel Hennig has worked for our publishing company on the following games:

The author Axel Hennig about the development process

The fascinating thing for me about the development of Urknall was that for several years, I had an idea that was not at all concrete, with the goal of distributing the components without a game board on the table surface at the start of the game by controlled dropping. When I then had the predefined material for the second author competition at www.spielmaterial.de, it was time to realize the idea. It quickly became clear that the glass stones formed the basic elements of heavenly bodies and that the players with their figures would travel between them and leave their wooden blocks to the elements. The given numbers of glass stones and wooden blocks supported this mechanism.

The distribution of the elements should not be fixed according to the situation after the Big Bang, but the heavenly bodies had to increase in size, but also the possibility of the separation of elements should occur. Here, the die could be used optimally by the fact that the result of the roll determines what happens, the players ultimately still have decision-making freedom in the implementation. Thus the maximum size of a heavenly body with six elements was defined. Many tests were necessary in order to generate a balanced point score on this basis, which particularly rewarded the occupation of rarely occuring elements on a heavenly body.

Lastly, there was the need to find an idea for the wooden disc. Since each player has only one wooden disc, a use as a joker appeared, which became concrete with some tests. On the basis of the fixed but general theme, further ideas emerged during the test phase, working with opposites and somewhat loosening the basic structures. Thus the variant “black holes” threatens with the loss of the points for a heavenly body, the extension “Pulsar” triggers the hitherto fixed assignment between a inserted ownership marker and an element. The expansion “Supernova” even breaks the entire assignment on a heavenly body, which is emerges again in the further course of the game.

That I would be able to do with the game development without any additional material, was not clear from the start. But I always had this in the back of my head during development. The fact that with this approach I got the special prize for the optimal utilization of the given components together with the release of Urknall, makes me especially happy.

born 1975
lives in Köln
is a graduate economic meteorologist
works in software development
came to the development of board games through an invitation to join the Hippodice game author competition, here two of his games (“Unterwelt”, 2003, “Agora”, 2007) reached the recommendation list
especially likes entertaining, dynamic games