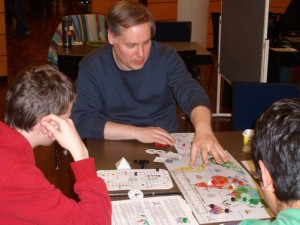 Channing Jones has worked for our publishing house on the following games:

I started inventing board games when I was a early teenager. When I went shopping with my mother it was too boring for me so I waited in the toys section and looked the board games there. Since we could not afford to buy as many as I wanted, I read the rules at the back of the box (in those days there were printed there) and then rebuilt the game when I got home from memory. At some point I decided I would make my own instead of just copying designs. I must have made about 30 or so different designs.

Then I stopped designing games for quite a few years when I went to college (I studied math and computer sciences) and then started working as a freelancer programmer.

Sometime around 2003 I started developing board games after my attempt at making an overly large and complex fantasy PBEM game called “Mysticora” failed. I figured board games were easier to design and I could get more feedback more quickly (so I would learn more quickly what people liked).

After several years of designing games a bit “on the side” I decided in 2012 to become more involved in the game industry. I started networking with other game authors and people in the game industry in general. I figured I could learn about board game designing a lot better this way. So I started visiting seminars and going to many game author meetings. I entered a game every year since into the Hippodice game author contest. I have now developed quite a few designs.

As a designer I have a wide range of types of games. This includes complex strategy games going over many hours, cooperative games as well as relatively light games such as Babylon Tower Builders. In most of my designs I try to include a hidden or special meaning that players can find out about the game. This can be the background of the game, the title, or something else. It usually relates to some esoteric, political, or conspiracy theory topic which are my other great interests.

Babylon Tower Builders by Mücke Spiele is my first publication. It has an interesting story how it came about which you can read in the making of article on this website for that game. My little peculiarity I see in this game is the word “Babylon” in the title. In the game, players try to put their people on as high a position as possible, trying to outdo the other players. For me this is an analogy to our present society, which some people in the esoteric community call “Babylon”.

I am an American but grew up in Germany, so I speak both languages (English and German) fluently. Sometimes I make my prototypes in English, sometimes in German and sometimes both. It depends on what group of playtesters I think I will play it with. I live in Kleve near the border to the Netherlands and I have some of gaming groups there. For these people it is better to have a prototype in English.

You can find my current game designs and more information about me at my website: cjgames.com 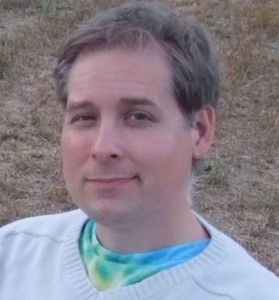