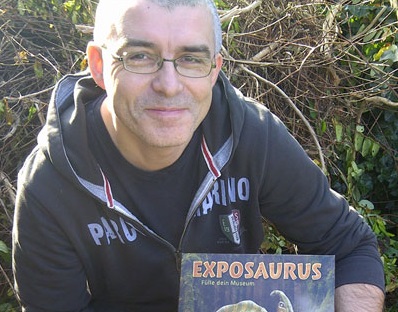 Ron van Dalen has worked for our publishing company on the following games:

Author and artist of the entire game

Since then he has worked in audiovisual areas from his studio. In addition to the graphic design and illustration (of board games among other things), he works on the creation of websites, animations and video films on behalf of ministries and cultural institutions.
Since 1992 he has worked as a composer, lyricist, musician and sound designer in various programs for the national radio. He is particularly known for his broadcast ‘Once Upon A Time In The News’.

He has always had a special love for games, but it toook until 2004 before he starting dealing with the development of games. His focus is strategic games with easy access and appealing theme.
In 2008, two of his game ideas (Frut and Papilio) reached the selection list of the well-known game author competition in Boulonge-Billancourt / France (Concours de Créateurs). In 2009, his game Outlaws reached the final in the same competition. In the same year, his game was All Mine! One of the finalists in the game authors’ competition of the Edition Bohrtürme at www.spielmaterial.de.
The game Exposaurus won the second author competition of www.spielmaterial.de in 2010, with which Ron could publish his first game.


He lives with his wife Annemiek, daughter Roos, and son Bram in the idyllic Apeldoorn in the Netherlands.

From 1979 to 1984 he studied graphics and illustration at the art academy in The Hague. 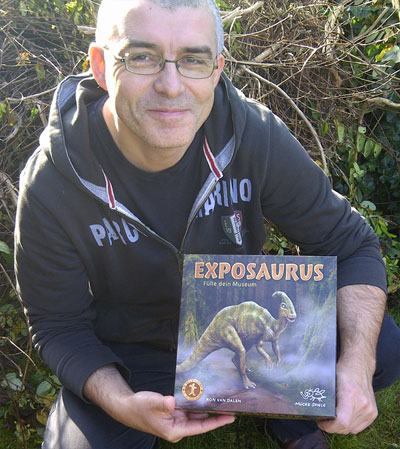