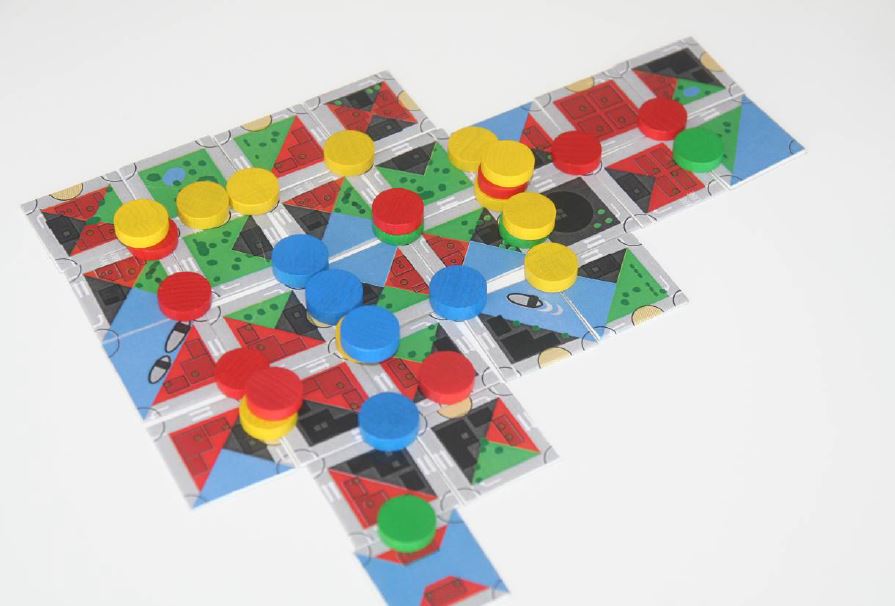 Already during the design of the 2011 abstract game “Oblong” the playtesters would associate the square tiles as blocks in the typical American city pattern of perpendicularly arranged streets. Because the points that were placed or taken over by a player, were mostly along “streets” or in particular “neighborhoods”, the obvious association was that they were stops. In the current version “TraffIQ” the idea is to place taxis and buses in the city and to move through the traffic so that cars of competing players are removed from the game. Thus the working title of the game “Manhattan TraffIQ” (which combines the words “traffic” and “IQ” for “intelligence quotient”): The game is about positioning yourself as intelligently as possible in traffic.

Manhattan TraffiQ took part in the author’s competition of www.spielmaterial.de in which the goal was to develop a game that fits into a small metal box. Ultimately, however, it was found that this was quite tight and a larger case would be good for the game, so the game was released in a normal box.