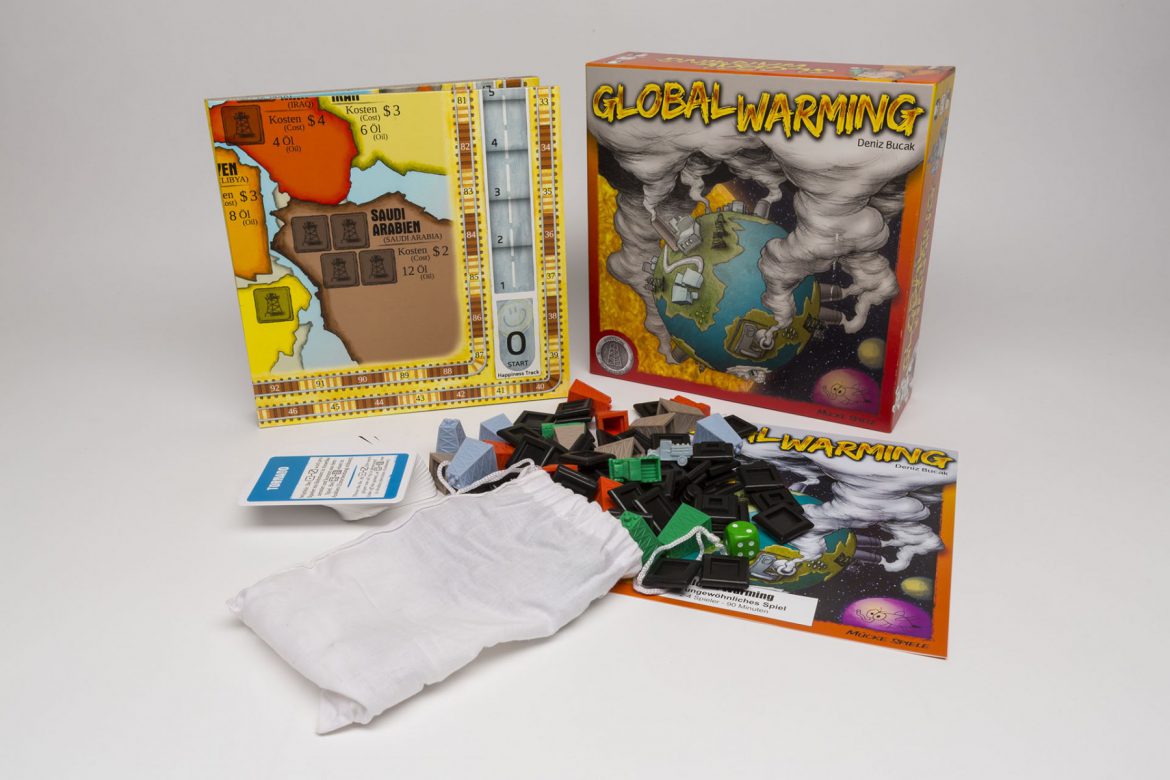 All informations about Global Warming

Informations about Global Warming at Boardgamegeek

Global Warming is a tactical, card-driven game in which players score “happiness points” by providing goods to the public. Cards played can be either national industries, consumer goods, green technologies, or events; played industries require the roll of dice to determine pollution output. Collect enough happiness points and you win.

But by producing these goods, you influence the earth’s ecology. The player’s individual influence, as well as the overall influence, is shown by a marker on a second track, and if these markers reach certain (moveable) points on the warming track, bad things happen to the ecology and the players. If the third warming point is reached, the game ends and the player with the lowest contribution to the overall warming wins.

Thus, the players are embedded in a quite true setting in which they have to balance production and sustainable actions. Who will manage to control his industrial production in a way that minimizes the environmental impact while nevertheless allowing him to meet consumer demand?

Global Warming is the fourth game in Mücke Spiele’s “Edition Bohrtürme” series that uses the game pieces from Kosmos’ Giganten in the context of a new game.