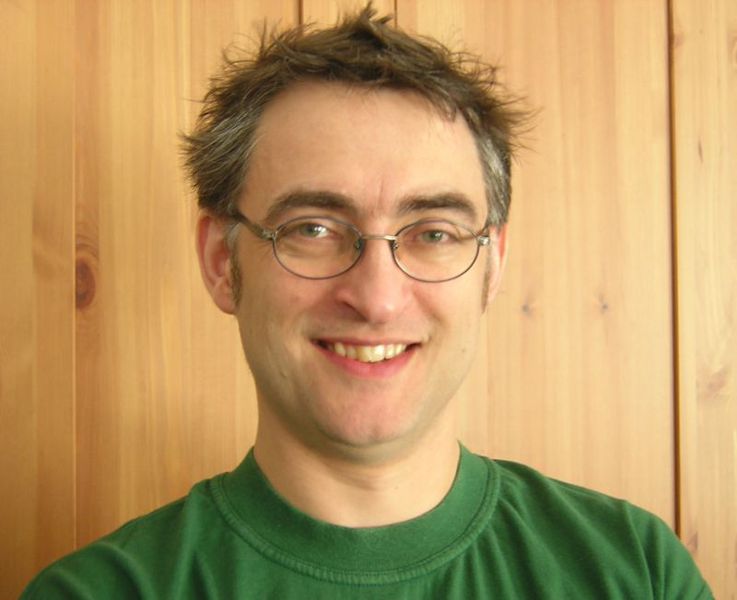 Heinrich Glumpler has worked for our publishing company on the following games:

Author of the game, together with Matthias Schmitt

If my body is to sweat, then I: jog or play „Merchant of Venus“

I ready this book many times: H.G. Wells – The Time Machine

I will take the following to a lonely island: my girl friend, my daughter, my son

My role model(s) is/are… people who are aware that we are all on the same “Earth” and act accordingly.

I especially like games that are… easy to learn and hard to play well.

I do not like games in which... denen man vom Wohl der Mitspieler abhängig ist.

Important in a game to me is… a healthy mix of justice and uncertainty.

I became a game author by… as a translator of various roleplaying systems.

If I need a new idea for a game then… I watch my environment until I get an epiphany.

My development time for a game is… is between 10 minutes and 10 years.

I am especially proud of… my reputation for innovative game development.

If there were a perfect game then… I would hope my name were on it.

Without these three things I would be lost… Email, Internet, a room where I can be completely alone.

A funny anecdote out of my gaming life I ran the bank at a board game, and there were some comments were made about the way I did, so I finally announced, “Two more remarks about the bank, and I quit the job.” Thereupon one of the fellow players assured me that I was handling the bank very well. My answer: “THAT – was the first remark”.

If I were a gaming piece what would I prefer to be… a rulebook.

It is a pity that the following has never been invented by me… the time machine game – which I will develop in the distant future.

If I could undo something then… my initial attempts to defend my games, because now I know that you can not make it right for everyone and therefore will always get negative feedback on a game. Today, it is important to me to inform others well of my games, to ensure that nobody, who actually decides to buy or play one of them, is disappointed.

My motto A Chinese proverb: „There are three truths: my truth, your truth. and the truth.“